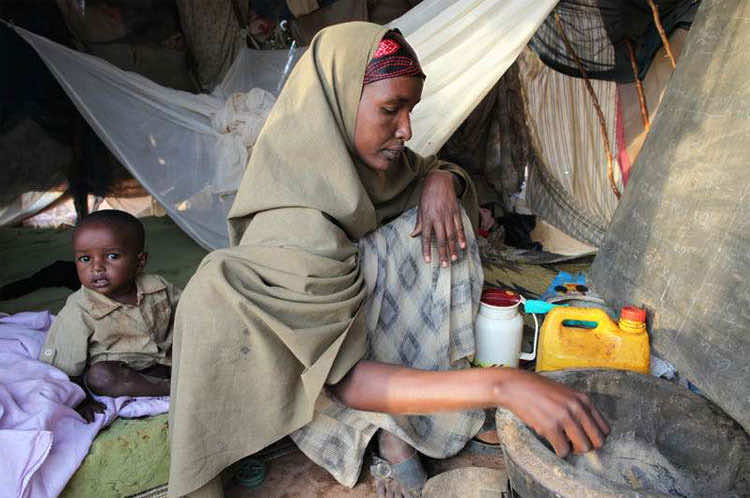 The United Nations official leading the fight against sexual violence in times of conflict today voiced concern over reports that women and girls fleeing famine in Somalia were being raped or abducted and forced into marriage by bandits and other armed groups as they tried to reach refugee camps in Kenya.

“During the long and perilous journey from Somalia to the camps in Kenya, women and girls are subjected to attacks, including rape, by armed militants and bandits,” said Margot Wallström, the Special Representative of the Secretary-General on Sexual Violence in Conflict, in a statement.

“Once they cross the Somalia-Kenya border or reach Dadaab – the world’s largest refugee settlement – their hopes of finding a safe haven are often overshadowed by new dangers and hardships, including the risk of rape,” she said.

Ms. Wallström said that the office had also received alarming information about alleged rape by Somalia’s Transitional Federal Government (TFG) forces and allied militias in south-central Somalia and heard that Al-Shabaab militants pitted against the government were abducting girls for forced marriage to fighters.

“I call on all parties to the conflict to immediately cease these gross violations of human rights,” she said.

She commended the Kenyan authorities for the efforts to respond to the influx of tens of thousands of Somali refugees, and urged the donor community to make greater resources and support available to the Kenyan Government, UN agencies and non-governmental organizations (NGOs) responding to the crisis.

“There is an urgent need for services to be provided to survivors of sexual violence and for effective camp management to minimize the risks facing women and girls. We should also improve monitoring and reporting on sexual violence to better inform our actions,” said Ms. Wallström, pledging to continue monitoring the situation closely.

According to humanitarian agencies, an estimated 3.7 million people, nearly half of them from Somalia, are directly at risk of famine and tens of thousands have already perished, with 13 children out of every 10,000 under the age of five dying every day from malnutrition and famine-related diseases.