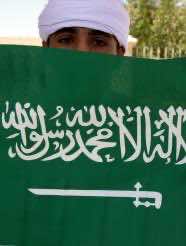 DUBAI, United Arab Emirates — Saudi Arabia is getting bolder in its strategy for dealing with the Middle East’s uprisings. No longer waiting for Washington’s cue, the kingdom is aggressively trying to influence the regional turmoil and boost its two goals — protect fellow royal houses and isolate its rival, Iran.

The more decisive policies by King Abdullah were on full display this week as he took the lead among Arab nations by yanking his ambassador from Syria and demanding an “end to the killing machine” of President Bashar Assad’s regime in a startlingly strong condemnation of Damascus’ bloody suppression of protesters.

It was the first time the predominantly Sunni kingdom has weighed in publicly on Syria’s upheaval — and demonstrated the Saudis’ willingness to shift gears dramatically as needed.

Saudi Arabia has tried to snuff out or buy off dissent at home and around the Gulf, most notably sending troops to Bahrain to help its Sunni monarch crush a Shiite protest movement in a deadly crackdown.

“It’s a big move for Saudi Arabia,” said Christopher Davidson, who studies Gulf affairs at Durham University in Britain. “Before, Saudi was seen as the main anti-Arab Spring power and interested mostly in preserving the status quo in the region. Now, you have the Saudis actively and openly against the Syrian regime.”

For the Saudis, the revolt in Syria is a chance to strike at one of the pillars of Iran’s influence.

Assad’s ruling clique is dominated by his Alawite sect, a Shiite offshoot that comprises about 11 percent of the country and maintains close ties with Shiite power Iran. It’s unclear how much further the Iranian influence reaches in Syria, but the country’s Sunni majority looks more toward Western-allied neighbors in Lebanon and Turkey.

“Saudi sees this as a golden opportunity to further chip away at Iran’s influence in the Arab Middle East and also … to change the strategic map,” said Theodore Karasik, a regional affairs expert at the Dubai-based Institute for Near East and Gulf Military Analysis. “This is going to make your foreign policy more robust and aggressive.”

But that doesn’t come without some potential complications for OPEC’s No. 1 producer.

Stronger Saudi policies open the risks of friction with Washington, which is Saudi Arabia’s main arms supplier and had counted on Saudi support to push U.S. interests in the Arab world. There is virtually no chance of a serious rift, and U.S. and Saudi officials are on the same page on other pivotal showdowns, such as efforts to get Yemen’s President Ali Abdullah Saleh to step down after months of protest and bloodshed. Saleh is recovering in Saudi Arabia after being badly injured in a June attack on his palace compound.

But even small rough patches between the U.S. and Saudi Arabia take on heightened significance in the tense Mideast climate.

The Saudi statement on Syria followed White House urging for the Saudis and their Arab allies to take a sharper stance on Assad’s government. Days later, the U.S. imposed new sanctions on Syria, and presidential spokesman Jay Carney said Thursday that Syria “would be a much better place” without Assad in charge.

In March, Secretary of State Hillary Rodham Clinton said Bahrain was on the “wrong track” to allow Saudi-led forces to help crush protests in the island kingdom — which is home to the Pentagon’s main military force in the region, the U.S. Navy’s 5th Fleet. Rights groups also have called on U.S. officials to take a sharper stance against Saudi Arabia’s crackdowns on internal dissent, including a proposed law that Amnesty International said would allow authorities to prosecute peaceful protests as a terrorist act.

In Iraq, Saudi officials are deeply wary of the U.S.-backed government of Prime Minister Nouri al-Maliki, a Shiite who owes his power to Iranian-allied political groups.

Meanwhile, a higher regional profile invites uncomfortable scrutiny about Saudi royal succession with both King Abdullah and Crown Prince Sultan in their mid-80s and undergoing medical treatment this year.

Christopher Boucek, who follows Mideast security issues at the Carnegie Endowment for International Peace, believes Saudi leaders view U.S. policymakers as more preoccupied with “being on the right side of history instead of standing by its friends.”

“Increasingly, it seems that Saudi Arabia looks out into the world and thinks that its foreign policy interests do not overlap with the United States and Washington’s security interests,” Boucek said. “Saudi Arabia is now in a position to pursue its own interests.”

And that resonates throughout the Arab world.

Saudi objections in April also led the Arab League to shelve plans to hold its summit in Baghdad despite hopes by Washington that it would be a showcase for Iraq’s regional bonds with the last U.S. troops possibly leaving in December. The snub was seen as payback for Iraqi support of Bahrain’s Shiite-led protests — which Saudi Arabia and others claim are aided by Iran.

“The Saudi vision of the region is one where Iran is not welcome,” said Shadi Hamid, director of research at The Brookings Doha Center in Qatar. “The Arab Spring became a time for the Saudis to act.”

Saudi Arabia also is leading plans to transform the Gulf’s once-sleepy political bloc, the Gulf Cooperation Council, into a kind of fortress for Middle East monarchs and sheiks. Jordan and Morocco — the region’s two non-Gulf kingdoms — are in line for membership in a change that could have the council leapfrog over the Arab League as the region’s more dynamic political voice with a clear anti-Iran agenda.

But even the possible end of Assad’s power in Syria does not necessarily mean that Iran’s regional influence would vanish, said Mohamad Chatah, a senior diplomatic adviser to former Lebanese Prime Minister Saad Hariri. He said Iran still has deep ties with Hezbollah and Hamas and is widely viewed as a “defender of the Palestinians.”

“If the Syrian regime goes, yes, Iran will be dealt a major blow,” he said. “But it won’t be a fatal blow. Iran will still be an influential player.”