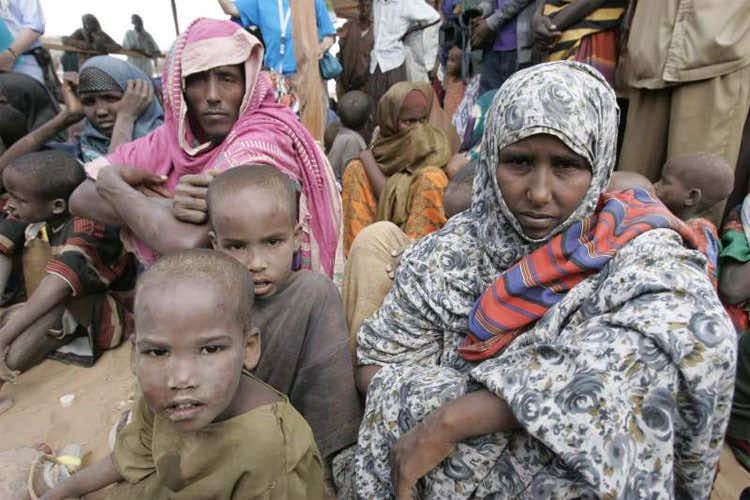 United Nations agencies are stepping up efforts to respond to a cholera epidemic among the displaced Somalis who have arrived in the capital, Mogadishu, after fleeing drought, famine and conflict, and warned that the conditions are ripe for the disease to spread among an already vulnerable population.

The UN World Health Organization (WHO) said 181 people have died from suspected cholera cases in a single hospital in Mogadishu this year and there have been several other confirmed cholera outbreaks across the country.

“Most [outbreaks] have been declared under control, but alarming rates of confirmed cholera cases among internally displaced people have been reported in Mogadishu,” WHO spokesperson Tarek Jasarevic told a news conference in Geneva.

An estimated 100,000 Somalis have fled to Mogadishu over the past two months in search of food, water, shelter, protection and other help, said the UN High Commissioner for Refugees (UNCHR). This is in addition to the more than 370,000 internally displaced persons (IDPs) in Mogadishu who were forced to leave their homes before the current wave of displacement.

The health of the IDPs in Mogadishu, who are suffering from the effects of drought and famine in parts of southern Somalia, is already vulnerable. The threat of disease is particularly high among the malnourished and those living in overcrowded camps for the displaced.

“The concern here is mainly is the root causes of cholera and this is related to water and sanitation,” said Michel Yao of WHO. “Right now with IDPs and population movement, this increases the risk of further spread of the disease because we cannot control population movement.

“The issue is to make sure that we have an integrated intervention with our water and sanitation partners so that we provide services to minimize the risk of spread,” added Dr. Yao.

Somalia has also seen an increase in cases of acute watery diarrhoea, which has led to the deaths of 11 people, including four children, in Mogadishu, according to the UN Office for the Coordination of Humanitarian Affairs (OCHA).

To prevent and mitigate the risk of cholera, the UN Children’s Fund (UNICEF) is sending cholera kits to areas with rising numbers of acute watery diarrhoea. It is also massively scaling up access to water, sanitation and hygiene for those areas of Mogadishu with a high concentration of newly arrived IDPs.

Also today, UNHCR said it urgently needs 45,000 more tents as more Somalis continue to arrive in Kenya after fleeing drought, famine and conflict in their homeland.

More than 70,000 Somali refugees have arrived at the three camps that make up Kenya’s Dadaab refugee complex during June and July, bringing the overall population there to 440,000, said the agency.

The agency has moved thousands of tents to Dadaab since the current crisis began but they are still not sufficient for the growing refugee population.

Some 3.7 million people, nearly half the Somali population, are now directly at risk of famine and tens of thousands have already perished. An estimated 12.4 million people in the drought-hit Horn of Africa – Djibouti, Ethiopia, Kenya and Somalia – are facing severe food shortages and are in need of international assistance.

Under-Secretary-General for Humanitarian Affairs Valerie Amos arrives in the region today to meet with humanitarian agencies that are responding to the crisis. As part of her visit, she is scheduled to visit Dadaab to see for herself the impact of the famine and meet Somalis who have survived the long journey to Kenya.

UNHCR also said that the second of three planned humanitarian flights landed at Mogadishu airport on Thursday, bringing a 32-ton consignment of shelter and other aid items.

The agency has been shipping relief supplies to Mogadishu by sea and land, but due to the large number of people seeking help in the city after fleeing their famine-hit villages in the south, it decided to airlift supplies to save time. Meanwhile, immunizations for 18,000 refugee children in the Kobe camp in the Dollo Ado area of south-eastern Ethiopia began yesterday in response to the recent outbreak of suspected measles. The campaign is expected to end on Sunday and will be extended to the other three refugee camps in the area, said UNHCR.

The agency added that the daily arrival rate into the Dollo Ado area has reduced significantly to some 200 to 300 refugees per day. In addition to the nearly 120,000 Somali refugees hosted in the four camps as well as in the transit centre, there are more than 40,000 Somali refugees in camps in the Jijiga area in eastern Ethiopia.