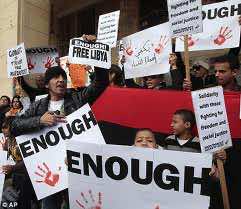 By now, it is clear to all that the military situation on the ground in Libya is nowhere near a decisive end either way. Suffering from tribal rifts, logistical difficulties and lack of sufficient arms, supplies, and training, the Libyan revolutionary fighters have no choice but to continue their attack and retreat operations against Qadhafi’s forces with no end in sight for the current stalemate with an intractable cruel regime that is clearly bent on clinging to power regardless of the consequences for its country.

But the operations on the ground are just the beginning of what the rebels have to worry about. With months into NATO’s air operation in Libya, the rebel’s main military backer is starting to show signs of impatience and fatigue. And it is not just due to the economic crises in NATO countries, which were more pronounced in the US during the Congressional episode last month when some legislators threatened to end funding for their country’s operations in Libya. Other signs of fatigue are starting to appear.

As far back as May, but increasingly since, NATO officials have been saying that air strikes are losing their effectiveness in accelerating a decisive victory for the Libyan Transitional National Council and that the main rationale for the air strikes is to curb the relentless killing of civilians by Qadhafi’s regime in the absence of such strikes.

Analysts are increasingly pointing out the lack of bombing targets for NATO raids and that the battle must be decided on the ground. But the current stalemate might be pushing leaders of concerned countries towards a more pragmatic approach to dealing with Qadhafi. Hence the move over the past three months to bring about consensus among the so-called “Group of Friends” about the need for a plan for ceasefire and an interim transitional period that includes a safe exit for Qadhafi—a move led by those same countries that are sending their bombers to attack him. Are these efforts a sign of those countries losing faith in the ability of air strikes and rebel attacks to drive Tripoli’s dictator out of power?

One can sense a similar tone in the latest statement by the United Nations Secretary-General, in which he made it more than clear that he believes that there would be no military solution of the crisis in Libya. The language of the statement was unnecessarily evenhanded in dealing with the brutal Qadhafi and the TNC and its allies, calling for “both parties to exercise extreme caution” in order to minimize any further loss of civilian life. This “balanced” language is unwarranted unless the UNSG believes the preposterous claims of the Libyan regime’s propaganda that NATO strikes are causing the death of countless civilians.

Whether this tone and these moves are out of genuine loss of faith in the possibility of achieving a military defeat of the regime in Tripoli, or are made to set the tone right for an imminent announcement by Qadhafi of a political settlement, is not clear. And while Qadhafi still apparently steadfast in his position that he will never give up power, signs are abound that such an end is possible, even plausible.

The fact that Qadhafi is not opposed to the shuttle diplomacy of Abdulilah Al-Khatib, the United Nations Secretary-General’s special envoy, that Qadhafi is sending his diplomacy chief to Greece with a “special message”, and Qadhafi’s own compromises in the past are all indicative of that possibility. Qadhafi has always been aware that he could be ousted and worse. But perhaps the vivid image of ousted Egyptian leader Husni Mubarak behind bars in court might finally help that reality sink in and the Colonel might finally begin an active effort to ensure a safe exit for himself and his family.

The TNC suffers from a slew of difficulties and challenges, and that is understandable. But its passionate young freedom fighters can indeed make significant progress on the ground all the way up to Tripoli if they receive significantly more military support from the international community, including real arms and even boots on the ground.

But even as initial fears of these arms ending up in the hands of Islamists have largely dissipated, real military support for the rebels remains a far cry given the opposition by Russia, China and a number of other countries, who continue to invoke baseless excuses to hamper the international legitimacy necessary for any foreign military action on the ground.

Now, the moral dilemma facing Libyans, and the outside world for that matter, is whether bringing those who committed some of the worst crimes against humanity in the 21st century to justice is still necessary when it is becoming more and more clear that such a goal would entail the risk of further loss of civilian life.

With the current political and economic global situation, it seems as though that this goal is unattainable.