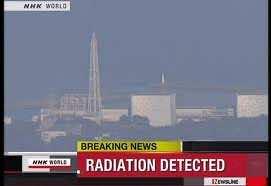 Japan is considering joining a U.S.-led global nuclear compensation treaty in a bid to fend off excessive overseas damage claims related to nuclear accidents, the Nikkei newspaper reported on Sunday, without citing sources.

The U.S., Morocco, Romania and Argentina have agreed to the Convention on Supplementary Compensation for Nuclear Damage, but the treaty needs at least five countries in order to go into effect.

The newspaper said Japan would start discussions with the United States in the coming week over the pact, which defines the rules for trials for damage claims in countries where accidents happen.

The move comes in the wake of a devastating accident in March at the Fukushima Daiichi nuclear power plant, which leaked radiation and exposed wide-ranging produces from vegetables, tea to water to excessive radioactive materials.

Many countries have banned imports of Japanese agriculture and marine products after the accident, which triggered the world’s worst nuclear crisis in 25 years.

Japan is aware that it could be hit with huge damage claims over the Fukushima crisis, but the treaty would not cover damages related to the accident because it took place prior to its ratification, Nikkei said.

Japan expects more countries, particularly in Asia where several nuclear power plants are being built, to join such a treaty, the newspaper said.