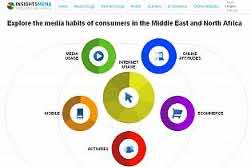 Women in the MENA region are more active in blogging and setting up websites than men, according to statistics by Google’s new insight tool, which allows users to view statistics on internet usage patterns in five countries in the MENA region; Egypt, Jordan, Morocco, Saudi Arabia, and the UAE.

In Saudi Arabia and the UAE, the Google research statistics show that women are ahead of men when it comes to setting up websites, with Saudi women creating websites 2.86 times per week and men at 2.14, but it is the UAE where women are streaking ahead in website creation, with women setting up websites in the UAE at a rate of 2.06 per week, compared to 1.7 times per week for men.

According to the statistics, 65% of those online are men and 46% are women.
The youngest measured section of the online population, the 15 to 24-year-olds, have the highest rate of internet access by age-group.

Seventy-six percent of 15 to 24-year-olds polled in these five countries are online, on average. In UAE, that figure is 95%; while in Saudi Arabia it is 90%.

The statistics were gathered by global research firm Neilson by conducting 7,500 face-to-face interviews in each of the five target countries between September and November 2010.

The statistics website operates as a collaborative effort between Google, the Information Technology Association of Jordan and the Telecommunications Regulatory Authority of the UAE.

Google are currently in discussions with Nielsen about re-running InsightsMENA for 2011. The exact list of countries has not yet been decided, but will be made available in the near future.