Morocco World News
Home Culture My mother taught me to beat the bullies and be the best... 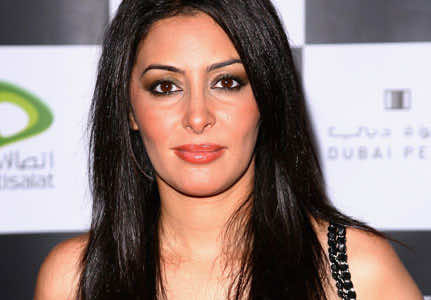 LAILA ROUASS was born to Moroccan parents but was raised in Stepney, east London.

Laila, 40, has been married once and has a four-year-old daughter Inez by her former partner, business tycoon Nasa Khan. She was dating head chef James Petrie until recently.

Here she tells OLIVIA BUXTON about what she learned from her mum.

“My mother, Fatima, has always taught me to focus on brains rather than beauty. When I was growing up she banned me from having a mirror in my bedroom because she didn’t want me to be obsessed with my looks or weight.

“As a result, I’m not vain and I have never had issues with my weight. I have got boobs and a bum but Moroccans love big women!

“My mum is attractive and intelligent. When we were living in our house in east London, she turned the electricity off once a month, so it forced me and my four younger sisters and two brothers to talk to one another.

“We would often read by candle or torchlight instead of watching TV. It was very forward thinking of her. As a single mother, I know how easy it is to turn on the TV to keep Inez occupied. As long as I manage to do the cooking and cleaning, that’s an achievement!

“My mother is a very strong woman. She and my grandma came from Morocco not being able to speak a word of English.

“But thanks to her upbringing, she is very independent and has taught me to stand up for myself. As a family living in a poor area of east London with lots of other emigrants, we experienced terrible racism. Even dog excrement was left outside our front door.

“I was eight years old when a group of guys surrounded me outside a block of flats and started shouting “Paki” at me.

“But this blonde bombshell appeared from nowhere and told them to get lost. It was (the late glamour model) Suzanne Mizzi. She took me aside and said: “Don’t let people talk to you like that.”

“It was tough growing up in Stepney and I was bullied so badly at school, I needed a police escort at lunchtime. When my mother found out, she was livid. She is tiny and looks like the most innocent woman, but is hard as nails. She demanded that I tell them to stop.

“Mum is definitely the matriarch of the family. She is bossy but also very supportive. She was a real rock when I split from Inez’s father.

“But the fact she had taught me to stick up for myself helped me through it.

“It’s not easy being a single mum, especially when I have to do 12-hour days on Holby City.

“But Mum’s unswerving support is amazing. She looks after Inez and doesn’t make a big deal about it. I wouldn’t be able to pursue my career without her.

“Mum is immensely proud of what I have achieved.

“At school I got A grades in English literature and language and she has followed my acting career with great interest – but I never let her watch me in Footballers’ Wives. She is a Muslim and the show was so raunchy – she would have died of embarrassment.

“However she loved it when I was on Strictly – despite the racism row that erupted with my dancing partner Anton Du Beke. (Anton said Laila looked like “a Paki” after she had a spray tan, but later apologized).

“The story had been blown out of proportion and she said: “It’s bloody rubbish, don’t take any notice.” Anton didn’t mean to be offensive. I wouldn’t have danced with him if he was racist.

“When I landed the part of a surgeon in Holby City, Mum was over the moon. I think secretly she’s always wanted me to be a doctor. Now she can tell her Moroccan friends to tune in because she knows my theatre gown is not about to drop off!

“Given her own upbringing, mum is surprisingly liberal. She is upset that my marriage didn’t work out but I was only 16 when we wed and it was too young.

“But she knew how unhappy I was with Inez’s father and said: “I would rather you were happy and on your own than with someone and unhappy.”

“My parents have been married for more than 30 years and, at the age of 40, I’m not going to achieve that but my view of marriage hasn’t been corrupted.

“I’m no longer with James – and it’s sad it didn’t work out – but I’m not going to settle down if I am not totally happy.

“My mum is confident that the right man is out there for me but we both know I’m not going to sit around worrying about it.

“I’ve inherited a fierce work ethic from my mum – she used to work long hours as a chef – and I’m going to continue to work hard to provide for my daughter and give her the best life possible.”