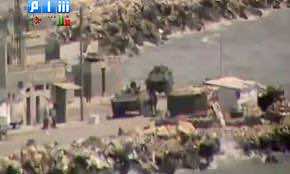 The United Nations agency helping Palestinian refugees voiced grave concern on Sunday at reports that Syrian security forces have fired at a refugee camp in the country’s northern port city of Latakia, killing or injuring a number of camp residents.

Media reports indicate that the Syrian military is engaged in a sustained and heavy assault on Latakia, using both warships and armoured vehicles to attack civilian demonstrators. At least 19 people have been reportedly killed so far.

The assault on Latakia is the latest in a series of deadly confrontations between Government forces and protesters since large numbers of Syrians took to the streets in mid-March to demand greater freedoms.

As many as 2,000 people have been killed in the past five months and top UN officials, including Secretary-General Ban Ki-moon, have spoken out against the violent crackdown.

The UN Relief and Works Agency for Palestine Refugees in the Near East (UNRWA) issued a statement expressing grave concern in particular about reports that Syrian forces have used heavy gunfire against a Palestinian refugee camp situated in Latakia’s El Ramel district.

“Reports from various sources indicate deaths and casualties among the Palestinian refugee population, although poor communications make it impossible to confirm the exact number of dead and injured,” said UNRWA spokesperson Chris Gunness.

“UNRWA condemns the use of force against civilians,” he said. “We call on the Syrian authorities to order their security forces to exercise utmost restraint in accordance with international law and ensure that all civilians, including Palestinian refugees, are unharmed.

The protests in Syria are part of a broader wave of popular uprisings across the Middle East and North Africa since the start of the year, and have led to the toppling of long-term regimes in Tunisia and Egypt, ongoing conflict in Libya and major unrest in Yemen and Bahrain.