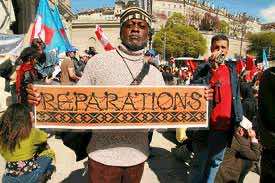 A coalition of non-governmental organisations (NGOs) is accusing the U.N. Secretariat of “sabotaging” an upcoming high-level meeting on racism by upstaging it with a nuclear security summit scheduled for the same day.

The high-level General Assembly meeting to commemorate the 10th anniversary of the Durban Declaration on Racism is due to take place on Sep. 22, a decision taken by member states last December.

But following the nuclear meltdown in Japan last March, Secretary- General Ban Ki-moon, on his own initiative, decided to hold a nuclear security summit during the upcoming General Assembly session.

His summit is scheduled for the same day as the high-level meeting on racism, triggering protests from a coalition of NGOs.

The meeting on racism itself is mired in a growing political controversy, with Israel leading a campaign against it.

As a result, six countries – the United States, Canada, Italy, Israel, the Netherlands and the Czech Republic – have indicated they will not participate in the meeting.

But an overwhelming majority of the 193 member states is expected to take an active role in the meeting, which will culminate in the adoption of a political declaration focusing on mobilising political will to combat discrimination.

The theme of the meeting is: “Victims of racism, racial discrimination, xenophobia and related intolerance: recognition, justice and development.”

Kali Akuno, co-director of the U.S. Human Rights Network and convenor of the Durban +10 Coalition, told IPS the “sabotage campaign” against the high-level meeting and the Durban Declaration and Programme of Action, adopted at the World Conference Against Racism in Durban in 2001, is an affront to all victims of racism and xenophobia who get protection in this critical U.N. human rights programme.

It is time for U.N. members to stand up for what they agreed 10 years ago on combating racism, he said.

“We are disappointed the U.N. Secretary General has not spoken out against this anti-U.N. campaign, but instead is contributing to it by organising his own competing summit at the time of the Durban +10 General Assembly meeting,” Akuno said.

He also said that NGOs are facing “bureaucratic obstacles” to their participation in the high-level meeting.

The NGO coalition also points out that the General Assembly is holding two other high-level meetings the same week: one on the prevention and control of non-communicable diseases (Sep. 19-20) and on desertification (Sep. 20).

“So, why does the secretary-general pick on Sep. 22 for his nuclear security summit?” asked the coalition. Is it deliberate or is it a coincidence?

All four meetings are scheduled to take place during the upcoming 66th session of the General Assembly which opens Sep. 13, while the general debate with heads of state and heads of government begin Sep. 21.

U.S. President Barack Obama, as head of state of the host country, is expected to address the Assembly on that day.

Asked for his response, U.N. spokesperson Farhan Haq told IPS that normally at this time of the year, a number of major meetings take place at the same time so that world leaders coming for the General Assembly session can attend.

“Our hope is that the leaders who are at the U.N. will attend all the events on the 22nd, since nuclear safety and racism are both crucially important topics,” he added.

In a statement released here, the Durban + 10 Coalition said it “unequivocally supports and embraces the advances embodied in the Durban Declaration and the Programme of Action (DDPA), and is dedicated to ensuring that the DDPA remains the cornerstone of the U.N.’s programme to combat racism.”

“We see the DDPA as central to pressuring the governments of the world to adopt and thoroughly implement national plans of action to eradicate racial discrimination, inequity, colonialism, xenophobia and related intolerances,” the statement said.

The statement also said the coalition stands opposed to the “slander and sabotage” against the DDPA and the 10th anniversary meeting “spearheaded by the United States, Canada, Israel and several members of the European Union, particularly Italy, the Netherlands and the Czech Republic”.

The coalition accuses these countries of trying “to suppress the rights and demands of the many groups protected by the DDPA, including migrants, indigenous peoples, African and African- descendant peoples, for restitution and reparations, and those of the Palestinian people for self-determination”.