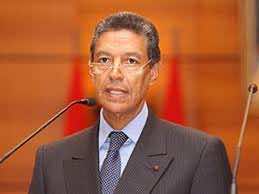 After much speculation about the date of the general elections, Moroccan Minister of Interior, Taeb Cherkaoui, announced on Monday that the elections for the House of Representatives will be held on Friday 25 November.

Morocco renews its House of representatives every five years. The elections announced for next November will be held 10 months ahead of schedule. Before the start of demonstrations in Morocco last February and the ensuing adoption of a new constitution last July, elections were originally planned for September 2012.

“After a series of consultations with political parties on the  of electoral draft bill and the preparations for the various upcoming polls, the Interior Minister announced that the date of the ballot for the election of members of the House of Representatives is Friday 25 November 2011”, read the communiqué issued by the Ministry of the Interior on Monday.

“Consultations with political parties on all matters pertaining to the preparation of the future elections will continue”, it added.  The communiqué went on to deny the recent speculation that 11 November would be the date of general elections in Morocco.

Over the past weeks there has been stark disagreement between the Ministry of Interior and some major political parties over the number of members of the House of Representatives. A bill presented recently by the Minister of Interior proposes that the number of MPs in the House of Representatives rise from 325 to 395. Legal experts and leaders of some political parties contend that this measure is inappropriate under the current circumstances after the new constitution was adopted overwhelmingly by Moroccans on July 1st.

One of the major concerns of political players in Morocco is voter turnout of the future elections. Large turnout may be proof that Moroccans are happy with the new constitution adopted in July and are confident that partaking in political life may have a positive impact on their future. However, many analysts and political leaders fear a remake of the 2007 legislative elections when only 37 percent of people of voting age went to polls, the lowest in Morocco’s political history.