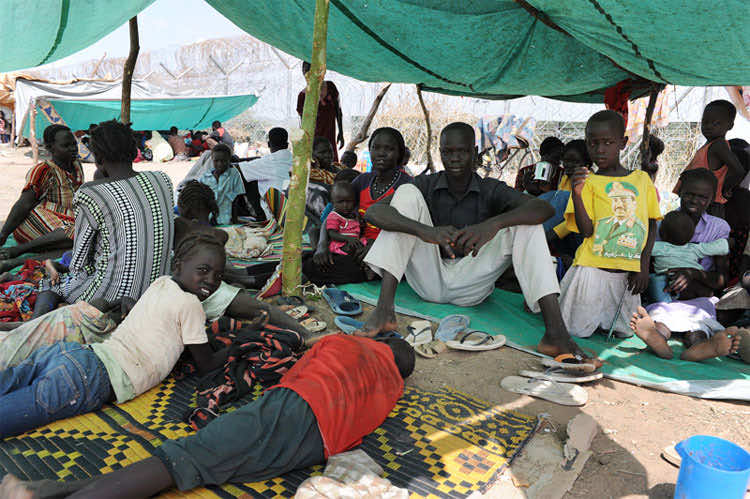 The United Nations today called for a thorough investigation into violations of international law committed in Sudan’s Southern Kordofan state in June which it said could, if substantiated, amount to crimes against humanity or war crimes.

A preliminary report, produced jointly by the Office of the High Commissioner for Human Rights (OHCHR) and the former UN Mission in Sudan (UNMIS), describes a wide range of alleged violations of international law in the town of Kadugli, as well as in the surrounding Nuba mountains, after fighting broke out in Kadugli on 5 June between the Sudanese Armed Forces (SAF) and the Sudan People’s Liberation Army North (SPLA-N).

Reported violations included “extrajudicial killings, arbitrary arrests and illegal detention, enforced disappearances, attacks against civilians, looting of civilian homes and destruction of property,” as well as massive displacement, according to a news release issued by OHCHR.

“This is a preliminary report produced under very challenging circumstances and with very limited access to affected areas,” said High Commissioner for Human Rights Navi Pillay.

“However what it suggests has been happening in Southern Kordofan is so serious that it is essential there is an independent, thorough and objective inquiry with the aim of holding perpetrators to account,” she added.

The report, which covers the period from 5 to 30 June, also describes aerial bombardments on civilian areas in Kadugli and elsewhere in Southern Kordofan, which, it says, have resulted in “significant loss of life.”

“The SAF regularly conducted aerial bombardments in the Nuba Mountains, and in several towns and villages populated by the Nuba,” the report states, while also citing a number of SAF air strikes on airstrips used by humanitarian organizations.

It also describes widespread looting by elements of the Popular Defence Force (a militia allied with the SAF), alleged attacks on churches, the burning of houses in Nuba villages, interference with medical and humanitarian assistance and allegations of the existence of several mass graves in Kadugli itself and in a number of villages in the region.

However, neither the existence of the mass graves nor other reports suggesting possible use of chemical weapons have been fully verified, OHCHR stated.

Most, but not all, of the violations and allegations detailed in the report are attributed to the SAF, the Central Reserve Police or their militia allies.

Ms. Pillay expressed concern about continuing violence in the six weeks since the end of the period covered by the report, and noted some of its key recommendations concerning access.

“It is vital that unhindered access is granted to human rights monitors to conduct investigations into allegations of continuing violations of international human rights and humanitarian law, and to humanitarian actors trying to bring relief to the affected populations whose access has also been severely restricted by both sides,” she said.

“We need the access to be able to go in and look at the situation, to investigate certainly. But also longer-term presence for the promotion and protection of human rights of the community,” said Deputy High Commissioner for Human Rights Kyung-wha Kang, who travelled through Sudan during a week-long visit in June.

She visited South Sudan, the Transitional Areas (Abyei, Turalei) and Darfur but was not given access to travel to Southern Kordofan.

The report describes a number of specific individual detentions and disappearances – including some women and children – as well as “a series of extrajudicial killings targeted at people who were affiliated with the SPLA-N and SPLM, most of whom allegedly were from the Nuba communities.”

It also notes a long list of attacks and harassment of UN staff – especially those of Nuban descent – as well as the dropping of bombs near UNMIS positions.

“These flagrant and repeated violations of international conventions as well as specific agreements with the Government of Sudan concerning the privileges and immunities under which the UN operates are an extremely serious matter which cannot be left unresolved or unpunished,” said the High Commissioner.

She urged the Sudanese Government to immediately release any UN staff who are still in custody, as well as all other detainees who have not committed any crime.

Southern Kordofan lies in Sudan but borders the newly independent South Sudan. The mandate of UNMIS came to an end after South Sudan became its own nation on 9 July. The Security Council created the UN Mission in the Republic of South Sudan (UNMIS), but the new mission does not have a mandate to operate in Sudan.