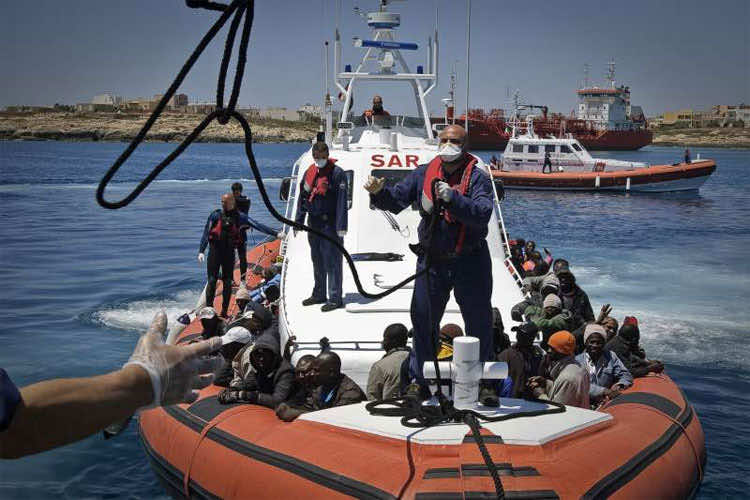 People are continuing to flee Libya and Tunisia for a variety of reasons, the United Nations refugee agency reported today, noting that almost 2,000 people arrived on the Italian island of Lampedusa over the weekend from the two North African nations.

The majority of the new arrivals, some 1,800, set sail from Janzour, 12 kilometres west of the Libyan capital, Tripoli, where they had waited for over a week for calm sea conditions to depart, according to the UN High Commissioner for Refugees (UNHCR).

As for why they made the perilous sea journey across the Mediterranean, a group of Sudanese men told UNHCR staff that they were rounded up in Tripoli and forced on to a boat.

Others said they had lost jobs in Libya and were hoping for work in Europe, said the agency.

To date more than 1,500 people have lost their lives attempting to reach Italy’s shores, often because of unsafe vessels and an absence of qualified skippers onboard. At the beginning of June at least 150 people who fled Libya drowned in one of the year’s deadliest boat incidents in the Mediterranean.

UNHCR noted that some 52,000 people have arrived in Italy since the unrest in North Africa began earlier this year – 27,000 of them departed from Libya and the rest from Tunisia.

The agency supports initiatives by the Italian Government for voluntary assisted repatriation of people found not to be in need of international protection.

At the same time, it is concerned by an ongoing trend of refugees awaiting resettlement interviews in Tunisia crossing back into Libya to board boats for Europe. The agency is carrying out mass information campaign in the refugee camps to warn people of the risks of this journey.