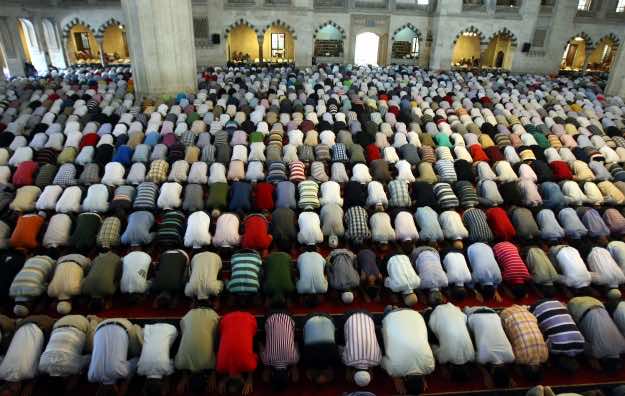 ISTANBUL — Fawaz Zakri was 17 years old when his father told him to pack his bags, bid goodbye to his family, and cross the border into Turkey. The year was 1981, and the northern Syrian city of Aleppo, where Zakri had grown up, was in the throes of a violent anti-government insurgency led by the Syrian Muslim Brotherhood.

Zakri’s father feared that his son’s links with the Brothers would be enough to land him in jail, or worse. “I was a sympathizer,” Zakri qualifies, “but not a member.” Two years earlier, the Brotherhood had attacked a local military academy, killing dozens of cadets in an assault that marked the beginning of an all-out war between the Sunni Islamist group and the Alawite regime of Syrian President Hafez al-Assad.

Protests, assassinations, and terrorist attacks, many carried out by the Brotherhood, had since become routine. Syrian troops and security forces responded with a ruthless crackdown, at times employing artillery fire against neighborhoods in Aleppo. The war culminated in 1982, when, in the wake of another Brotherhood uprising, Assad’s troops killed tens of thousands of people in the city of Hama. The massacre crushed the Brotherhood’s Syrian wing, and its surviving activists scattered — many eventually settling across the border in Turkey.

Zakri’s escape placed him beyond not only the reach of the Syrian regime, but also the militant ideology of the Syrian Muslim Brotherhood of that era. Thirty years removed from his flight, Zakri is a graduate of one of Turkey’s finest universities, an iPhone-toting businessman with a trade in grains and heavy machinery, and a fluent English speaker. He is also, at least to some extent, a changed man — a committed Islamist, to be sure, but one of a different hue. “After we came to Turkey,” he says, “people like me, we faced a revolution in our thoughts.”

While many in Europe and the United States fear that Turkey’s ruling Justice and Development Party (AKP) has introduced a dangerous Islamist influence into the country’s traditionally secular and Western-oriented stance, religious groups struggling to overthrow stagnant autocracies across the Arab world take a different lesson from the party’s success. Particularly in Syria, where President Bashar al-Assad’s crackdown on a domestic uprising has become increasingly brutal during the holy month of Ramadan, pious activists have looked to Turkey as a model for reconciling their faith with the democratic hopes of the Arab Spring.

But Turkish politicians steer clear of the “M” word. “We do not use that language because we do not want to patronize anyone,” Prime Minister Recep Tayyip Erdogan’s chief foreign-policy adviser, Ibrahim Kalin, told me this spring. “We do not want to impose our experience on others.” There is more to this, of course. The days when the Arab world suspected Turkey of being a U.S. “Trojan horse” in the Middle East might be long gone, but the Turks, who remember President George W. Bush’s repeated references to the “Turkish model,” remain wary of being seen as doing the West’s bidding.

As Syrians continue to risk their lives to call for an end to the Assad regime, however, the impact of the Turkish experience on the Brotherhood’s political evolution is coming into clearer focus. In 2002, under the leadership of Ali al-Bayanouni, the Brotherhood publicly disavowed violence and embraced parliamentary democracy. In the years that followed, it called for free elections in Syria and announced its support for women’s rights. This April, during the early days of the Syrian uprising, Brotherhood leaders held a news conference in Istanbul in which they denounced the Assad regime. And then in June, at a Syrian opposition conference held in the Turkish city of Antalya, Brotherhood members put their signatures on a declaration that called for “the freedom of belief, expression and practice of religion, under a civil state.”

Bayanouni, who headed the group from 1996 to 2010, continues to strike notes that place him more in line with today’s pious Turkish politicians than the hard-edged Brotherhood leaders of days past. “Firstly, we believe that the state in Islam is a civil state, not a state ruled by any religious leaders or clerics,” he told me, speaking from London. “Secondly, we cannot impose any particular way of dressing on citizens…. We do call for and encourage [women] to wear the hijab and to follow Islamic behavior and action, but individuals must be free to choose what they want.”

Although the Brotherhood isn’t new to parliamentary democracy, said Bayanouni, citing the group’s participation in Syria’s 1961 elections, the AKP has provided it with a blueprint for reform. “The AKP is neutral in the area of religion — neither does it impose religion upon Turkish citizens nor does it seek to fight religion,” Bayanouni noted, “and for this reason we find [it] to be an excellent model.”

Erdogan’s critics would shudder at the thought of his government being upheld as a model for liberal reform. Concerns about creeping authoritarianism in Turkey are on the rise: The 2010 Press Freedom Index published by Reporters Without Borders ranked Turkey 138 out of 178 countries, dropping it almost 40 notches from 2007. A high-profile investigation into an alleged coup has led to the arrest of several prominent journalists, feeding fears that the government is using the judiciary to jail or silence its critics. Most recently, Turkey’s top generals quit en masse, sparking fears of a confrontation between Erdogan and the strictly secular military establishment.

It is a matter of debate whether the Brotherhood’s makeover reflects a genuine change of heart or an effort to strengthen its ties with the Turkish government — one of the most critical international players in the effort to increase pressure on Assad — and make the organization more presentable to the rest of the Syrian opposition. But at the very least, the rhetorical shift represents a triumph of pragmatism over Islamist ideology. “I think [the Brothers] themselves know that the very strong fundamentalist positions are impossible to apply these days in Syria,” says Rime Allaf, a Syrian researcher at Chatham House. “Twenty or 30 years ago, they were a force that would have presented a lot of question marks for the rest of society.” Today, however, “speaking as somebody who is secular … I can give them the benefit of the doubt.”

Turkey did not spark the Brotherhood’s interest until the 2000s, with the rise of the AKP. The party was built on the ashes of the Islamist Welfare Party, which enjoyed its heyday in 1996, the year its leader, Necmettin Erbakan, rose to become prime minister in a coalition government. The fall from grace came quickly. Erbakan — viewed as a challenge to the country’s secular system and its pro-Western orientation — was unseated by the army after only a year in power.

For Erbakan’s protégés, including Erdogan, the experience was as sobering as it was formative. Their new party, founded in 2001, ditched the Islamist rhetoric, promised a range of democratic reforms, and embraced the prospect of Turkey’s accession to the European Union. The AKP swept to power a year after its birth. It has not lost a single election since.

The AKP’s success in bridging the gap between Islamist principles and Western norms attracted the admiration of Brotherhood sympathizers such as Khaled Khoja, head of the Turkish chapter of the Damascus Declaration committee, an umbrella group of the Syrian opposition. Khoja spent two years in a Syrian jail between 1980 and 1982, he says, on account of his father’s affiliation with the Brotherhood. Following his release, Khoja left Syria and arrived, via Libya, in Turkey. He was only 17 years old.

“[Abul Ala] Maududi, [Ruhollah] Khomeini, Sayyid Qutb,” he says, listing the names of the Islamist firebrands from years past. “Their manner was not successful for Islamic communities, producing division and conflict. The Turkish manner has showed us a different [way].”

The debate on Islam in the West often centers on the question of whether the religion can be a vehicle for democracy. But for activists like Zakri, the most pressing question has been whether democracy could be a vehicle for Islam. Now, armed with a modified version of what constitutes an Islamic state, he believes the answer is yes.

“When we were young, we thought of an Islamic state as a state ruled by Islamic laws,” he says. “Our conversion, in Turkey, was to see that Islamic states give the freedom to choose, provide justice, protect religion, human life, thought, dignity, and property.”

Although the experience of living abroad, particularly in Turkey, has helped moderate the Syrian Brotherhood’s Islamist agenda, it has also aggravated a generational conflict within the group. Younger activists such as Khoja refer to themselves as part of the Brotherhood’s “second generation,” a moniker that distinguishes them from the group’s traditional leadership. Their grievances have less to do with the Brotherhood’s agenda than with its style of governance. The Brotherhood’s “autocratic, tribal structure,” says Khoja, has become antiquated and ineffective. “The old generation is focused on leadership,” he says. “We’re focused on solutions.”

Obeida Nahas, director of the London-based Levant Institute and a Brotherhood member, notes that members of the Brotherhood’s old guard are heavily burdened by the experience of life under authoritarian rule in Syria. He maintains that leaders of the new generation, including himself, have different views that are informed by growing up in places like Europe or Turkey. “The ideological [component] in the new generation is very light,” he says.

The Brotherhood in Syria was shattered after its confrontation with the Assad regime in the early 1980s, the group now a shadow of what it once was. Syria’s uprising, however, has shown that dissent is still alive in the group’s former strongholds: Hama, the Brotherhood’s graveyard in the 1980s, has seen massive protests and a brutal government crackdown in recent weeks. The Turkish model may just provide the Brotherhood with a way to shake off the mistakes of its past, harness the momentum of the Arab Spring, and help a new generation of activists bring down Assad.

But first, activists like Nahas may need to break ranks with their own leaders, they say. The story of the AKP’s rise — Erdogan’s break with Erbakan, his former mentor, and his subsequent embrace of a more inclusionary type of politics — has not gone unnoticed among the Syrian Brotherhood’s younger members. The AKP’s success, says Nahas, “made people feel that they could do a revolution inside their organization and get somewhere.” Groups like the Brotherhood were designed as secretive, underground organizations to escape the reach of hostile security forces. “This means that now, with the openness, they have to change.”