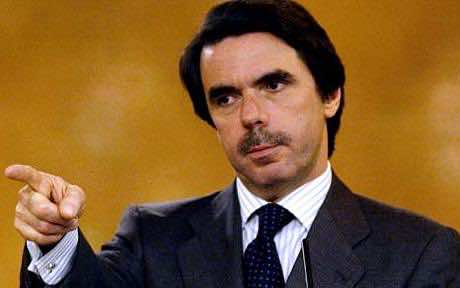 “Morocco expands its ambitions and demands Spain to benefit half of the financial returns for the tourism activities at  Alhambra Palace in Granada”, and we should not be surprised if some of  the Spanish media outlets charges Morocco or France or Portugal, of involvement in the orientation of heat waves, storms or even Tsunami around Madrid.

Recently Spanish media behaves with a difficult bipolar disorder and confusion character, based on projecting all misfortunes on the outsiders. Like many sweeping Media reporting, Spanish projections on Morocco suffer from being incorrect, too vague, and too aggressive. Its anecdotal approach is simply not robust enough to account for the explanations and arguments it presents. A systematic quantitative analysis shows that the exact opposite of what predicted actually occurred. Not only did we find that Morocco is launching several constructive initiatives for the interest of the Mediterranean region, but also that Spanish media allegations had no significant effects on the ratio between the two partners, since Moroccan migration behaviours towards the north, or the cultural monitoring of Moroccan community with regards to the collective agenda designed by both Morocco and EU.

Morocco is a privileged partner of the European Union. The EU is Morocco’s most important export market, its leading public and private external investor and its most important tourist market. Morocco also contributes to the EU’s energy security as a strategic transit country for Algerian gas and as an exporter of electricity to Spain. Human exchanges are constantly expanding: the EU is the main destination of Moroccan migrant workers and an increasing number of Europeans choose Morocco as a place for holidays or even residence. Professional exchanges are also steadily increasing.

On the opposite, Spanish provocation became a turnings point in the relationship between the two neighbors. Spanish Media continues since last December an intentional agenda of disinformation and public opinion monitoring based on lie, rumor and fear.

This incorrect political behavior seems more than just an investment to be exploited by populist political spectrum in the Spanish press to expand popularity or to justify internal tensions resulting from the financial crisis.
Morocco realized that it was being used for political purposes. Starting when some Spanish media which falsified pictures of victims at Gdim Izik camp in Laayoune, to accusing Moroccan authorities for encouragement of religious groups, and then, moving to a racist campaign against Moroccan migrants.
Many experts in Morocco-Iberian relationships doubt that such campaign is far away to be innocent, or unintentional.

In fact, such repeated crisis have been increased since the handing over  of Moroccan-Spanish porte-feuille to General  Calderon (Head of Intelligence in Spain)  who has adapted a very old approach based on the concept of “Atomentar a Marruecos”, aiming primary to maintain the Moroccan Kingdom permanently busy.

Spain should consequently attaches more strategic importance to its relations with Morocco. The “political will” of the Spanish policy makers to deepen and further strengthen these relations should go forward a new concept of cost-benefits of neighborhood partnership.