Morocco World News
Home News Morocco Accession of Morocco and Jordan to the GCC to have positive impact,... 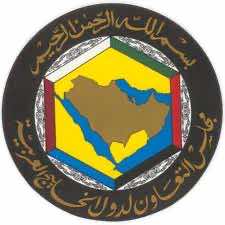 The accession of Morocco and Jordan to the Gulf Cooperation Council (GCC) will have significant economic impacts both for the two countries and for the group of Gulf countries, said a report issued on Saturday by “Emirates Industrial Bank”, carried by the Maghreb Arab Press News agency.

The accession of these two countries to the GCC will strengthen commercial and industrial trade, which remain weak, especially due to high customs duties imposed on Morocco and Jordan, says the report entitled “The industrial sector of the Gulf countries on the horizon of the accession of Jordan, Morocco to the GCC. ”

After the accession of these two countries, the GCC area will cover about 70 million people, which represents a sizeable market to stimulate the economies of Gulf countries, the same source added.

In terms of development, this accession will inject investments especially in the field of infrastructure in Morocco and Jordan, the report said.

This accession will create a strong grouping capable of addressing current challenges and make achievements both for the eight countries of the GCC, as well as for Morocco and Jordan.

In early May, the Gulf Cooperation Council invited Jordan and Morocco to join this military, political and economic alliance. Jordan is set to start negotiations with the view to joining the GCC next September.

While Morocco has welcomed this invitation, the date of negotiations on its possible accession to the GCC is yet to be set.

Many analysts say that instead of seeking full membership, Morocco may settle for establishing a privileged alliance with this grouping.