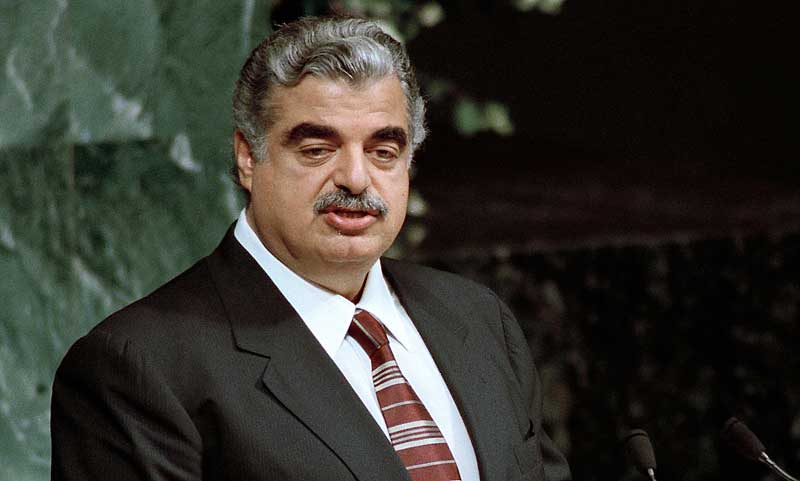 A judge in the United Nations-backed tribunal set up to try suspects in the 2005 assassination of former Lebanese prime minister Rafiq Hariri today ordered the unsealing of the full indictment that spells out prosecutors’ case against four men accused of carrying out the crime.

In his ruling confirming the indictment, a pre-trial judge of the Special Tribunal for Lebanon (STL) found that there was sufficient evidence to proceed to trial, where prosecutors will then have to prove that the accused are guilty beyond reasonable doubt.

“The pre-trial judge found that the indictment meets the requirements with regard to the specific facts and grounds as required under international case law, the statute and the rules (of procedure and evidence),” the judge’s decision states.

Last month, the tribunal released the identities of the four men accused of the crime, which was committed on 14 February 2005.

The four accused are Salim Jamil Ayyash, Mustafa Amine Badreddine, Hussein Hassan Oneissi and Assad Hassan Sabra. All Lebanese, they are charged over the massive car bombing in central Beirut that killed Mr. Hariri and 21 others. International arrest warrants were issued on 8 July.

In his decision today, the pre-trial judge explained why, until now, the indictment was confidential, saying the intention was to “ensure the integrity of the judicial procedure and, in particular, ensure that the search and, where appropriate, apprehension of the accused are carried out effectively.”

Some parts of the judge’s decision and small sections of the indictment remain confidential. They relate to issues that could affect the ongoing prosecution investigation, as well as the privacy and security of victims and witnesses.

Welcoming the judge’s decision, Prosecutor Daniel A. Bellemare said “this unsealing of the indictment answers many questions about the 14 February 2005 attack. The full story will however only unfold in the courtroom, where an open, public, fair and transparent trial will render a final verdict.”

According to the indictment, Mr. Hariri left his Beirut residence on the morning of his killing to attend a session of Lebanon’s Parliament. The team of suspected assassins positioned themselves in several locations to track and observe Mr. Hariri’s convoy, as they had done on previous days.

After leaving Parliament and then visiting a nearby café, Mr. Hariri headed back to his residence. As the convoy passed the St Georges Hotel about 12:55 p.m., a male suicide bomber detonated a large quantity of explosives concealed in the cargo area of a strategically placed Mitsubishi Canter van.

Shortly after the explosion, Mr. Oneissi and Mr. Sabra are accused of calling media outlets to give information on where to find a videotape that had been placed on a tree in a Beirut square.

In the video, later broadcast on television, a man named Ahmad Abu Adass falsely claimed to be the suicide bomber on behalf of a fictitious fundamentalist group using the name “Victory and Jihad in Greater Syria.”

Mr. Oneissi and Mr. Sabra also face charges of being accomplices in the crimes. All charges in the indictment are crimes under Lebanese criminal law.

According to the indictment, Mr. Badreddine was the overall controller of the attack. Mr. Ayyash coordinated the team that was responsible for the actual perpetration of the attack. Mr. Oneissi and Mr. Sabra, along with others, were conspirators and allegedly prepared and delivered the video, which sought to blame the wrong people, in order to shield the conspirators.

The tribunal is an independent court created at the request of the Lebanese Government, with a mandate issued by the Security Council. It is based in The Hague in the Netherlands.