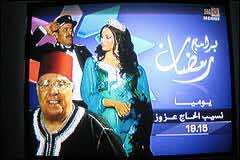 A number of associations and trade unions in Morocco have come together to launch a forum for the defense of public service media. The group is currently finalizing its platform and its program of action.

Members of the group, which held a meeting Tuesday evening in Rabat, are advocating reform of public media through anchoring the right to information and free access to different views and opinions, the promotion of political debate and pluralism, and the development of public preference, according to a statement from the National Union of the Moroccan Press (SNPM), which was carried by the Maghreb Arab Press news agency.

The platform aims to “ease the state’s control over public media to serve the concerns of the people”, while insisting on transparency in the management of public media institutions.

In Tuesday’s meeting, the participants established a secretariat to be responsible for preparing the necessary documents for the actual launch of the work of the Forum.

The founding members of this body will meet next week for approval of the final version of the platform and program of action.