By Deborah Charles and Arshad Mohammed 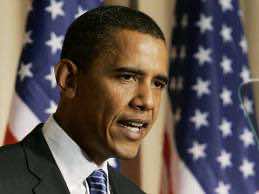 By Deborah Charles and Arshad Mohammed

President Barack Obama on Thursday will call on Syrian President Bashar al-Assad to step down and slap new sanctions on his government in a toughening of the U.S. stance toward the Syrian leader, a U.S. official said.

The White House will shortly issue a “very tough” new executive order from Obama sanctioning Syria, a senior U.S. official said. “We believe that this strong action will lend additional force to the president’s words,” the official said.

Obama’s move will be followed by a statement from U.S. Secretary of State Hillary Clinton.

Sources say the moves are intended to sharply ratchet up pressure on Syria, where Assad has engaged in a brutal crackdown against protesters seeking an end to the 41-year rule by Assad and his late father, Hafez al-Assad.

The U.S. sanctions and demand for Assad’s exit are expected to be followed by similar calls from other powers, notably the European Union.

Washington has been edging closer to an explicit call for Assad to go since Syrian protesters began to demonstrate against his rule in March, inspired by revolts that toppled autocratic rulers in Tunisia and Egypt earlier this year.

The United States held off initially in hopes that Assad might reverse course and embrace democratic reforms, a possibility that U.S. officials appear to have given up on.

As recently as last week, however, U.S. officials said Obama was leaning toward an explicit call for Assad’s departure but they made clear they wanted other nations to make a similar appeal.

The United Nations said late on Wednesday that al-Assad told U.N. Secretary-General Ban Ki-moon that military and police operations against protesters had stopped.

The government’s crackdown in Syria is estimated to have killed at least 2,000 civilians. Authorities appear to have accelerated their efforts to crush the protests in the past several weeks.

Obama consulted on Saturday with Saudi King Abdullah and British Prime Minister David Cameron. In both cases, the first specific topic mentioned in the White House descriptions of the phone calls was Syria.