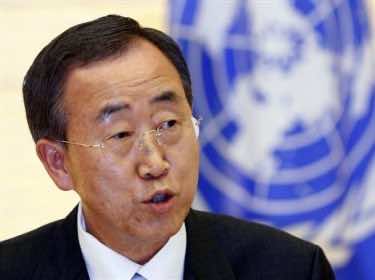 Secretary-General Ban Ki-moon has strongly condemned today’s series of coordinated terrorist attacks in southern Israel that have killed at least six people and injured many more.

Media reports say gunmen fired at a bus traveling close to the Israeli-Egyptian border, around noon local time, and that two other vehicles in the same area were subsequently hit by either rocket fire or an explosive device.

In a statement issued by his spokesperson, Mr. Ban offered his condolences to the families of the victims and wished a speedy recovery to the injured in the attacks.

“The Secretary-General hopes that the perpetrators are swiftly identified and brought to justice,” the statement noted. “He is concerned at the risk of escalation and calls for all to act with restraint.”