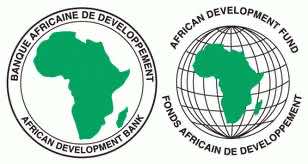 Morocco’s Secretary of State to the Foreign Minister Mohamed Ouzzine called, Thursday in Rome, on setting up an African bank for food solidarity.

Speaking on behalf of the Group 77 and China at the high-level operational meeting of FAO member states on Horn of Africa, Ouzzine stressed the importance of joining efforts in order to meet the needs of disaster-stricken populations, said a statement of the Foreign Ministry.

The international community, he added, has to react to end the crisis, which can get worse in the coming months.

Climate change cannot be the only cause of this humanitarian tragedy, Ouzzine said, noting that foodstuffs prices as well as the volatility in basic commodities have become, in recent years, permanent phenomena that hinder the achievement of sustainable food security, he said.

Ouzzine went on  to say that the “The Kingdom of Morocco considers that all actions taken at the international level cannot achieve the desired results without a significant improvement of information and transparency in the markets,”.

The Bank, he said, could rely on national networks and experiences that exist in other continents, particularly in Europe. It should also bring together the synergies for optimal use of food to make the fight for food security in Africa more efficient.