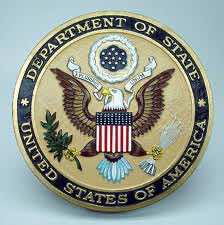 Moroccan authorities’ counter-terrorism efforts in 2010 have “effectively reduced” the terror threat in Morocco, said the U.S. Department of State in its annual report on world terrorism, released Thursday evening in Washington.

In this report, which reviews the activities and terrorist threat in the world and efforts to fight against this phenomenon during the past year, the State Department noted that the Moroccan government emphasized vigilant security measures, regional and international cooperation in terms of counter-terrorism fight.

The document also said that the Moroccan authorities have also strengthened policies to counter religious radicalism and extremism, stressing that all these efforts have “effectively reduced the threat” of terrorism in the Kingdom, stressing at the same time the need for continued vigilance.

The report also underlined that Morocco and the United States “worked together extensively on counter-terrorism efforts at the tactical level and made plans to begin joint counter-radicalization programs.”

The State Department hailed Morocco’s “significant efforts” to reduce extremism radicalism, recalling, in this context, that HM King Mohammed VI presides, every year at the fasting month of Ramadan, over religious lectures delivered by Muslim speakers from around the world to promote moderate and peaceful religious interpretations, in addition to reforming the religious field.

The document also said that Morocco continued to implement internal reforms aimed at ameliorating the socio-economic conditions, citing, in this regard, the large-scale anti-poverty program the National Initiative for Human Development, launched by HM the King in 2005.

Regarding countering terrorist finance, the report highlighted the laws and intensive efforts made by Morocco to fight money laundering and terrorism funding.