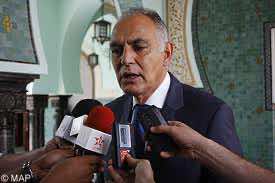 “Support for sector-based strategies, educational reform, health and rural areas should be maintained,” underscored the Minister in an interview published on Friday by the Moroccan daily, “l’Economist”

Mezouar emphasized the importance of preserving coherence between the government’s program, Royal orientations and already made commitments

“The context should not impose a total change of course,” the Moroccan official noted, stressing that “investment efforts should continue.”

Two elements will boost growth in 2012, he noted, namely domestic demand and the improvement of domestic consumption following the measures taken to bolster the purchasing power.

Mezouar also stressed the need to set the objective of cutting the domestic deficit to 4% in 2012 and creating a solidarity fund benefiting the poor.