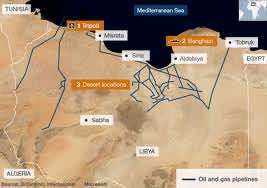 Thousands of foreigners trapped in Tripoli by rebel advances that have cut off the capital will be evacuated in a massive international rescue, probably by sea, an international body said on Friday.

After months of stalemate, rebels have transformed the battlefield this week by seizing Zawiyah west of the capital and cutting Tripoli off from the outside world, putting unprecedented pressure on the leader’s 41-year rule.

NATO war planes pounded targets in the capital overnight. Libyan officials brought journalists to a residential district where a compound of several large buildings was blasted to pieces. Neighbours said it belonged to Abdullah al-Senussi, Gaddafi’s brother-in-law and head of intelligence.

In another sign the fighting is hitting closer to Gaddafi’s inner circle, the brother of the spokesman who has served as the leader’s public face was reported killed in a front line city. The government blamed NATO attack helicopters.

East of the capital, where fighting has been bloody and advances slow, rebels launched an assault on Friday but were taking heavy casualties, a Reuters reporter there said. Reuters reporters west and south of Tripoli said front line towns were quiet, with rebels consolidating the week’s dramatic gains.

A spokeswoman for the International Organization for Migration (IOM), Jemini Pandya, said the operation to rescue thousands of Egyptians and other foreigners trapped in Tripoli by the latest fighting would begin within days.

“We are looking at all options available, but it will probably have to be by sea,” she told a Geneva news conference.

More than 600,000 of an estimated 1.5 million to 2.5 million foreigners, mostly Asian and African migrant workers, have fled Libya in six months of fighting. However, thousands remained in Tripoli, which until this week was far from fighting and a safe two-hour drive from the Tunisian border.

Omar Masood, an oil engineer who lives across the street from the compound that was destroyed in Tripoli, said it had been struck before dawn and belonged to Senussi, one of the most senior figures in Gaddafi’s leadership.

Neighbours and Libyan officials said one guard, from India, had been killed. Officials could not comment on whether it was Senussi’s house or whether he was present at the time.

A large building had been reduced to rubble. The grounds appeared to be lavish, with a fountain, a children’s swing set, a barbecue and a garden where a gazelle stood amid the ruins.

Senussi, who is married to Gaddafi’s sister, is one of three figures along with Gaddafi and his son Saif al-Islam wanted by the International Criminal Court in the Hague for war crimes. The court’s prosecutor accuses him of killing civilians.

“Even if he was someone from the intelligence, it wouldn’t justify an attack on a residential house,” said Ares Fahim Ahmed, another neighbour. NATO says it is bombing military targets to protect civilians.

A government official said the brother of Moussa Ibrahim — the spokesman whose briefings have been broadcast worldwide throughout the six-month-old uprising — was killed by a NATO helicopter gunship in the central square of Zawiyah.

The 25-year-old student, Hasan Ali, had gone there with a group of others to check on friends, the official said.

“We are surprised by this and we condemn it. NATO planes have become a way of killing civilians and providing air cover for rebels to advance on Libyan cities,” he said.

Ibrahim, who has repeatedly denied reports of rebel advances, said on state television on Thursday: “We reassure people that we are making progress on all fronts.” According to the JANA news agency, he promised all Libyans payments of 500 dinars, about $300, as reward for being steadfast.

East of Tripoli the rebels have failed to match their breakthroughs to the west. A Reuters reporter at the front said rebels had launched an assault on Gaddafi’s forces in Zlitan, the closest front line east of the capital. Many wounded were being brought to the rebels’ field hospital.

The rebels suffered a setback on Thursday when Gaddafi’s forces crushed an uprising inside Zlitan. Four people were killed and five badly wounded when Gaddafi’s troops attacked rebels who aimed to stage a revolt, an anti-government activist called Mohammed said by telephone.

“There are still bodies in the streets. The situation is very difficult,” he said.

West of Tripoli, rebel fighters were holding meetings on Friday with local leaders in Sabratha, a town next to Zawiyah that they captured on Thursday, extending their control of the coastal highway. A Reuters reporter in the ancient Roman town, a UNESCO World Heritage site, said it was quiet on Friday.

South of Tripoli, rebels also control Garyan, which straddles the main route to the capital from the south. A Reuters reporter there said it was largely quiet on Friday, although gunfire could be heard in the distance. Hospital officials said one rebel had died and three were seriously hurt the previous day in clashes with Gaddafi troops west of the town.

Rebels and Gaddafi loyalists have held negotiations this week in a Tunisian resort, but the 69-year-old leader has so far shown no outward sign of willingness to quit.