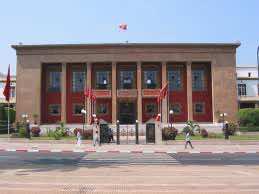 In response to a recent proposition by the interior ministry, a group of Moroccan pro-democracy associations called for cancelling the women and youth quota in the parliament. The Movement for Democracy of Equality described the bill as a violation of the new constitution passed on July 1st.

The ministry has proposed raising the number of seats in the Chamber of Representatives by seventy, with sixty new seats designated for women and candidates under the age of 35.

“The draft law represents a major retraction as compared to the new constitution that stated that the state must work hard to ensure equality and equal opportunity between men and women in attaining jobs and parliamentary terms,” Movement for Democracy of Equality Co-ordinator Khadija Rebbah told Magharebia.

“The proposed list is contrary to the constitution, as it involves discrimination based on gender and age, while the constitution states the principle of equality between all citizens,” Moroccan researcher Mohamed Manar told Magharebia.

He added that the constitutional council had declared gender discrimination unconstitutional in an earlier version of the electoral law. However, despite the council’s decision a women’s list was allowed in the 2002 and 2007 legislative elections as a result of consensus among political parties.

Manar opined that the way to advance women and young politicians was not to implement list systems, but for political parties to provide them opportunities for progression within the party.

The Socialist Union of Popular Forces (USFP) called for expanding the quota for women to one-third of the Chamber of Representatives seats.

Meanwhile, the Justice and Development Party (PJD) called for reducing the quota of that list to just 70 seats and for enabling immigrants to run for election under such a list, alongside women and young people.

Secretary-General of the Democratic Society Party (PSD) Zhor Chekkafi said that the newer, smaller parties are calling not only for cancelling the women’s list, but also for doing away with lists altogether and implementing a system of individual voting.

As emerging parties, we can’t compete against the dignitaries and people with money who benefit from their positions and wealth to form electoral platforms based on interests. Those people don’t want to expand popular participation, and they are the ones who benefit from abstention and low voter turnout,” he added.

The list system is such that parties make a list of candidates and voters choose from among those lists as opposed to electing each individual politician to office.

“Parties will be able to nominate whoever they want for this list. We should note that the first candidates on this list will have semi-certain chances to win unlike the local lists that witness fierce competitions and their results are not guaranteed,” Chekkafi said. “Therefore, I believe that this measure involves stealing 90 of the parliamentary seats and getting them out of fair competition.”

“We want women to have representation in parliament, and the same thing for young people, but through fair competition, equal opportunity and equality,” he added.