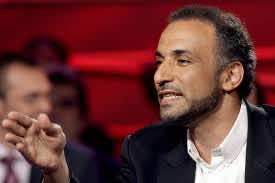 I was having dinner the other day with some European friends who are reasonable center-left types. London riots were in full swing. Anders Breivik had killed more than 80 of his countrymen in an apparent bid to halt the “Islamization” of Europe. Greece’s economy had collapsed. The consensus among my friends was that the next five to 10 years could turn out “very scary” for Europe.

Muslims are only one part — and a small part — of these problems. But, unfortunately, economic collapse tends to fuel racism and intolerance, which is exactly what is happening now. The slow progress made on Muslim integration is likely to unravel as more Europeans find refuge in populism in general and far-right, radical parties in particular.

While dutifully disavowing such groups, my leftish friends, like so many Europeans, asked why European Muslims weren’t doing more to assimilate and respect the culture of their new countries. And this brings us to the issue at hand: there is a clash of values, one which will make it considerably harder to find a path of compromise between Muslims and the rest of Europe.

Secularism, as its understood and practiced in Europe, is not value-neutral. It asks conservative Muslims to be something that they’re likely not. “Secularism,” the thinking goes, allows all groups, including Muslims, to practice their religion as they see fit. This assumes that the practice of religion is fundamentally a personal, private act detached from public, political life. It is here that Islam (how it is understood, if not necessarily practiced by most Muslims) and Europe’s traditional identity and culture find themselves at odds.

It is this expectation or, rather, hope — that Islam will somehow cease to be what it is — that colors so many debates not just in Europe but also in a rapidly changing Middle East.

There is, in fact, something uniquely “uncompromising” about Islam, at least compared to other faiths. This is not a value judgment but rather a descriptive statement about what Islam is today (rather than what it could or should be). Many Muslims take pride in this very fact. It is this unwillingness to compromise in the face of secularizing pressures, they would say, that makes Islam both vibrant and distinctive. Indeed, Islam has proven remarkably resistant to the persistent attempts to relegate it to the private sphere.

The fact that someone like Swiss scholar Tariq Ramadan and tens of thousands his fellow “Euro-Islam” followers are seen in Europe as too conservative is illustrative of the problem. Ramadan’s proposed moratorium on the hadd punishments (for example cutting off the hands of thieves and stoning adulterers) was seen as beyond the pale in secular France. In a memorable debate on French television, Nicholas Sarkozy, then the interior minister, attacked Ramadan for refusing to unequivocally condemn the stoning of women.

In a place like Egypt, however, such a moratorium would likely provoke controversy for the opposite reason — for being too “liberal.” Whether we like it or not, Ramadan’s version of Islam, by the standards of mainstream Islamic thought, is actually quite “progressive,” which is one reason it has, so far, failed to catch on in the Arab world. Consider the findings of a December 2010 Pew poll. In Egypt, 82 percent of respondents supported the stoning of adulterers while 77 percent said they favored cutting off the hands of thieves.

As I note in my recent Foreign Affairs article,”The Rise of the Islamists,” many Western observers made the mistake of thinking that this year’s Arab revolutions were “secular.” There was the naïve view — one almost entirely divorced from the Egyptian reality — that once the yoke of dictatorship was removed, Egyptians, and Arabs more generally, would turn out to be fluffy pro-American liberals. Well, they aren’t and won’t be anytime soon.

From an American perspective, the rapid rise of Egypt’s Salafis — conservative Islamists who advocate a strict, uncompromising view of Islamic law — is indeed troubling. That said, it is undemocratic, as well as illiberal, to ask millions of Salafis to stop being Salafis once they enter the public sphere, as some Egyptian liberals seem to be demanding. Similarly, it is undemocratic and illiberal to ask European Muslims to be as religious as they want at home but to keep their Islam out of public view. For many, if not most religious Muslims, such a distinction is as odd as it is inconceivable. Yet asking Muslims to respect such distinctions is also entirely understandable in the troubled, bloody context of European history. In the pre-Enlightenment period, mixing religion with politics brought Europe close to the brink of destruction, with the Thirty Years’ War being only the most obvious example. The French Revolution was, in part, about correcting this “imbalance.” For Europe to prosper, religion would have to be controlled and constrained by the state. And so French laïcité was born. Laïcité, in turn, became central to France’s social fabric and to French national identity. To be French is, in some sense, to believe in this constructed secular ideal.

The French national ideal, then, and the beliefs of a large number of French Muslims are in tension, if not contradiction. French Muslims much more strongly identify with their religion than the French population at large. According to a 2009 Gallup poll, 52 percent of French Muslims either “very strongly” or “extremely strongly” identify with their religion — compared to only 23 percent of the French public. The numbers for Britain are even starker — 75 percent versus 23 percent. Other poll results underline this clash in values. Remarkably, zero percent — yes, zero percent — of British Muslims believe homosexuality is morally acceptable. Inevitably, such views, informed by religion, are not simply a matter of private concern. They have an effect on public policy (just as the anti-gay attitudes of conservative Christians shape Republican policy in America).

It doesn’t have to be this way, but that’s the way it is now. In times of economic distress — and with the euro zone inching toward collapse — Europeans may increasingly take refuge in anti-Muslim scapegoating. This, in turn, will hurt the already dim job prospects of the European Muslim underclass. For their part, European Muslims who face heightened discrimination may very well find refuge in an increasingly rigid construction of their Muslim identity. Unemployment, immigration fears, the ascendance of the far right — along with a very real clash of religious and cultural values — make for a potent combination.

If there was a strong, confident left in Europe, then perhaps this dangerous mix could be effectively fought and opposed. For now, though, we may just have to hope – and pray – that cooler heads prevail.