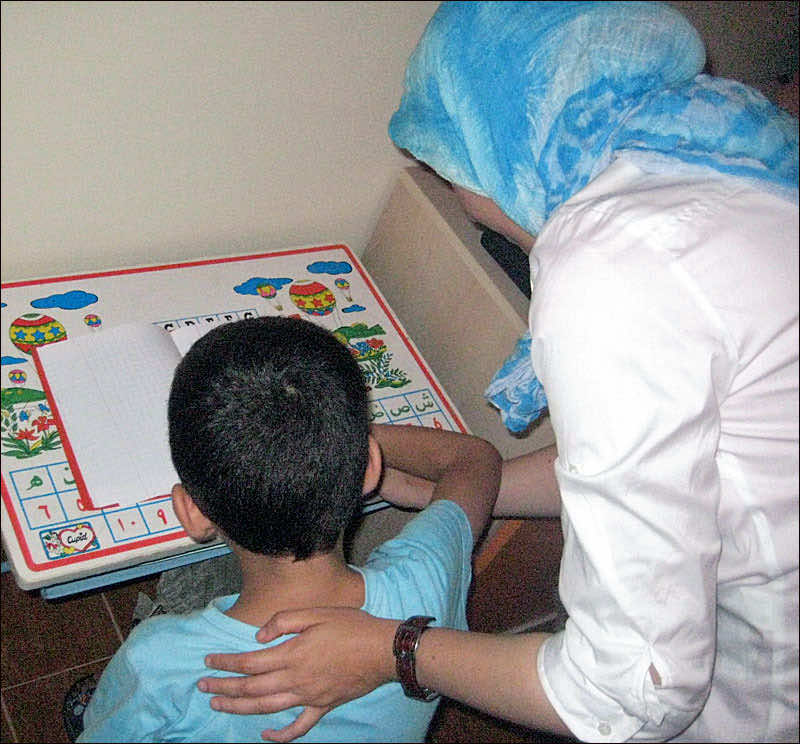 While groups of young unemployed graduates continue their protests demanding jobs in the public service, there are many still in school who work during the summer holidays.

Taking jobs during breaks from school in Morocco has long been thought of as something working class students did. Now, middle class students and their parents are coming to see the social value of working for your money.

Working during breaks is an opportunity for students to earn income, but also to train for the future by building character traits that lead to success in the job market. For some, it is a deliberate choice. For others, working is necessary to make ends meet during the school year.

Samira Kassimi, a sociologist, explained that summer jobs for young people are nothing new in Morocco for the working class, but are rarely taken by members of the middle class. She said middle class parents who are anxious to build character in their children are beginning to send them to work on their breaks.

Samira Z. is barely 17 but has been working during the holidays for more than five years to buy school supplies for herself and her two younger brothers. When people sympathise with her situation, she simply explains that her work experience will only help her achieve her goal of becoming an investigative journalist.

“Ambition is what sustains you in life,” 21-year-old Zakaria Merouane told Magharebia. “I know lots of young people who have plenty of family around them but don’t have the experience you need to get by in life.” After he gains a degree in business management next year, he plans to take out a young entrepreneur loan and start up his own business.

Summer jobs help young people to boost their confidence by making them feel useful, according to psychologist Selma Chennaoui. “This has positive effects, because they learn about themselves and overcome their fear of the job market and any preconceptions they may have. This makes them more able to thrive,” she explained.

“I was shy and I didn’t know the value of money. When I worked for just one month, my personality changed,” Ahmed Bachiri, 20, said. When Bachiri was 15 years old, his father, who is an engineer, encouraged him to work for a month during the summer holidays. He said he did not understand his father’s intentions at first, but is now immensely grateful.

“My friends don’t understand. They think it’s shameful for a student to work during the holidays. This culture has to change,” he added