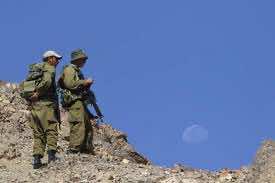 Egypt lodged a formal protest with Israel on Friday over the killings of three members of its security forces during an Israeli border raid against Palestinians.

“Egypt … demands an urgent investigation into the reasons and circumstances surrounding the deaths,” the army said in a statement after a meeting of the ruling military council.

Thursday’s attack was a major test for ties between Israel and Egypt following the uprising that ousted President Hosni Mubarak and strengthened forces hostile to the Jewish state. Israel expressed concern about security in the Sinai peninsula.

A cabinet spokesman said the army-sponsored government of Prime Minister Essam Sharaf also planned to hold an emergency meeting later on Friday with members of the military council and the intelligence service to assess the situation in the region.

Presidential candidates Amr Moussa and Hamdeen Sabbahi also denounced the loss of Egyptian lives: “Israel must realise that the day when Egypt’s sons are killed without an appropriate and strong reaction are over,” Moussa told Reuters.

Israel said the assailants came from the Hamas-run Gaza Strip through Egypt’s Sinai region and it launched attacks in Gaza which killed several Palestinian militants and others.

But Sinai governor Khaled Fouda dismissed Israeli government suggestions that Egypt’s new rulers were doing less to stop Palestinians: “We reject such statements and have increased security patrolling and checkpoints in Sinai,” he said.

Egyptian forces have been conducting their own operation against militants in Sinai. An Egyptian policeman died in clashes with gunmen in the el-Kuntilla region near the Israeli border in central Sinai on Friday, security sources said.

Two other policemen were injured in heavy clashes in the area, where Egyptian forces have been hunting those behind a string of recent attacks on Egyptian installations and a pipeline used to export Egyptian gas to Israel and Jordan.

Egypt raised its security alert in Sinai and deployed more troops in the north of the peninsula, officials said. It also closed the Auja border crossing with Israel, which lies about midway between the Mediterranean and Red Sea transit points.