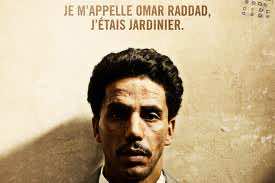 According to a statement from Morocco’s Movie Centre (CCM) the latest offering from the Moroccan filmmaker Roshdy Zem, has been entered for the Oscars 2012 in the category of best foreign language film. The film, is expected to be a strong contender.
A selection commission, which held a meeting this week in Rabat under the chairmanship of writer and film critic Mohamed Gallaoui, chose the movie “Omar m’a tuer” (roughly translated as Omar Killed Me) to represent Morocco in the Oscars 2012 in accordance with the criteria set by “the Academy of Motion Picture Arts and Sciences”.

The film received a very positive response from critics. Denis Podalydes, writing in the Hollywood Reporter says: This second feature from actor-cum-director Roschdy Zem (Point Blank) plunges the viewer into the highly publicized 1990s affair, which saw a man who many believed to be innocent suffer under a Gallic penal system unwilling to look beyond circumstantial evidence and racial prejudices. A mesmerizing lead turn from Sami Bouajila, plus a still-newsworthy subject matter, should grant Omar extended leave beyond France and Europe.

The events began in June 1991 with the murder of 65-year-old Ghislaine Marchal, who was found stabbed and beaten to death in the basement of her villa, located in an affluent suburb north of Cannes. Among the clues discovered at the crime scene was the grammatically incorrect inscription “Omar m’a tuer”  written in Madame Marchal’s blood and pinpointing her gardener, Omar Raddad (Bouajila), as the murderer.

At the time, many questioned the fact that a wealthy and well-educated woman would make such an obvious French conjugation error, even on her deathbed. But as the screenplay (adapted from non-fiction sources by Zem and three co-writers) clearly suggests, the local police and prosecutors were less concerned with infallibly proving Raddad’s guilt than with nabbing an easy suspect: an uneducated, illiterate Moroccan who was incapable of defending himself in court.

Crosscutting between Raddad’s long and harrowing prison sentence, and the investigations of a novelist, Pierre-Emmanuel Vaugrenard (Denis Podalydes), whose humanist beliefs push him to write a book proving the man’s innocence, the pace barely lets up during a compact 85 minutes of engrossing historical dramatization. And despite a timeline that stretches for over a decade, Zem convincingly centers things around the gradual rehabilitation of Raddad both in his own eyes (he learns to read, write and better himself while in jail) and in those of the public (he would eventually be pardoned by President Jacques Chirac, though his conviction has yet to be overturned by the French courts).