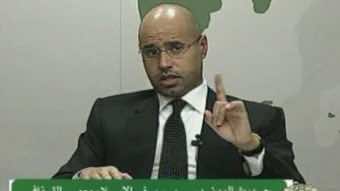 “We have confirmed information that our guys have captured Saif Al-Islam,” Mustapha Abd El Jalil said. “We have given instructions to treat him well so that he can face trial.”