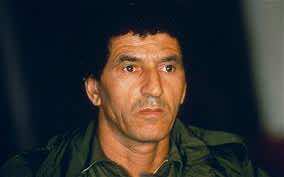 Minister Ignazio La Russa’s remarks to reporters in Sicily Sunday were the first official confirmation that Abdel-Salam Jalloud had arrived in Italy.

He didn’t say where Jalloud was staying, but later, in an interview on Sky TG24 TV, indicated the Libyan might soon make public remarks.

“Whether he speaks depends on him,” La Russa said. “I don’t rule out that that could happen soon.”

Libyan rebels said Friday that Jalloud had defected, a blow for Gadhafi’s embattled regime. Jalloud helped Gadhafi come to power in a 1969 coup and for decades traveled the world representing Tripoli. He started clashing with Gadhafi in the 1990s.

Italian media have reported that Jalloud first fled to Tunisia, then to Italy on Saturday. Italian officials initially declined to comment on Jalloud’s whereabouts.