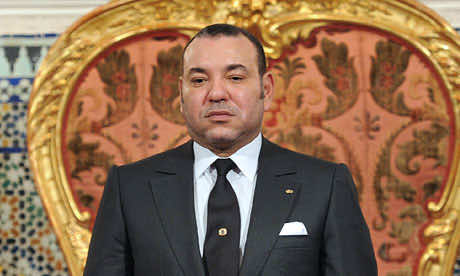 In his speech Saturday to commemorate the 58th anniversary of the Revolution of the King and the People, King Mohamed VI claimed that Morocco’s “new Constitution lays the groundwork for extensive regionalization, and this marks a turning point in our history. It seeks to achieve the modernization and rationalization of state institutions through the adoption of fundamental reforms based on good local governance.”

Using the occasion Saturday to speak on the required steps for implementing Morocco’s recently adopted constitution, much of the King’s speech focused on plans to advance the constitution’s provisions for regional and local councils. This has been one of the King’s priorities as a way to enhance democracy and representative government since announcing in March plans to draft a new constitution in response to pro-democracy protests.

The King noted that broad powers to be given to the regional and local councils based on “the local democracy approach” were about to transform political life in Morocco as thousands of citizens would soon be able to engage in managing the daily affairs of their communities and regions.

Opportunities to take part in democratic and political processes at local levels would also contribute to strengthening the quality of nationally elected leaders in congress and the executive.“Indeed, vast prospects will be opened up through the election of thousands of regional, provincial and local councilors. Regional, provincial and local councils are basic institutions for forming elites who will run public affairs.”

The King explained that decentralization would be more responsive and capable of addressing many of Moroccans’ needs. In this regard, the King noted that current central government powers would be devolved to the regions. “It is necessary to establish an advanced regionalization system in which certain central government powers are devolved to regions, in accordance with principles of local democracy and good governance. This should make it possible to ensure balanced, integrated solidarity-based regional development, which puts an end to the colonial motto of ‘useful and useless’ Morocco and to inter-regional inequalities.”

Reference to “useful and useless Morocco” stems from colonial rule, when the French, trying to achieve the submission of the country, adopted a policy of prioritizing military control in areas considered of greatest economic value. The uneven economic development that ensued among regions continues to this day and in part contributed to the country’s regional character and distinctions. The King noted that the inter-regional solidarity fund and the National Initiative for Human Development seek to address these inequalities by “combating poverty, marginalization and social exclusion”.

King Mohamed VI explained that the process to create the strengthened regional and local councils, as well the House of Councilors, one of the two houses of parliament where regional governments will be represented, hinges on the drafting of new legislation. This will start after the scheduled November elections for the new House of Representatives. “To lay the structural groundwork for advanced regionalization – a major project which I view as a new revolution of the King and the people – priority should be given to the preparation of the organic law relating to it, given that it also concerns regional council elections as well as other regulatory measures needed to set up the second House”, noted the Monarch.

As was noted by the King earlier this month, preparation of this new legislation means that the envisioned timeline to have the House of Councilors, regional and local councils up and running is by the end of 2012.

Given the centuries of rule in which Moroccan dynasties often governed indirectly and exerted varying degrees of control throughout the kingdom, regional and decentralized governance for Morocco, as it moves in the direction of establishing democracy, fits well with this history and experience.

*Benjamin Villanti is a contributor to Morocco World News.