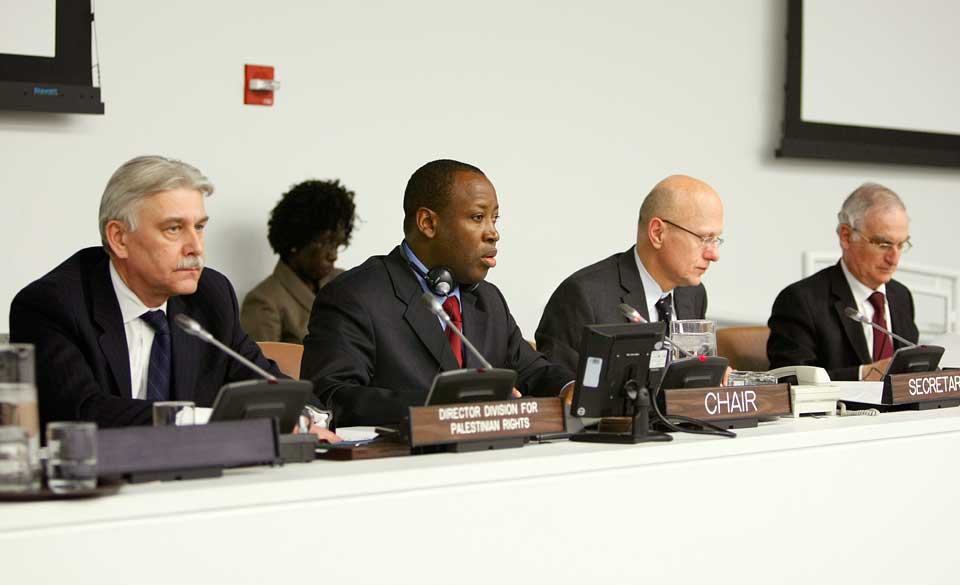 A United Nations committee on Palestinian rights on Friday called on the international community to take “credible and decisive action” to compel Israel to halt its settlement activity in occupied Palestinian territory.

“Recent Israeli settlement announcements undermine international efforts aimed at bringing the parties back to negotiations,” the Bureau of the Committee on the Exercise of the Inalienable Rights of the Palestinian People said in a statement, voicing deep alarm at Israel’s “illegal” approval of 5,200 new housing units in occupied East Jerusalem in August alone.

“They have a corrosive effect on confidence and undermine goodwill, absent which serious and genuine permanent status negotiations are unlikely to succeed,” it added, noting that the issues of settlements and Jerusalem are among core issues to be negotiated by the parties. “All unilateral actions by Israel which prejudge the outcome of negotiations by creating faits accomplis on the ground have no legal validity.”

The bureau strongly condemned Israel’s “illegal and provocative acts,” which it said were aimed at encircling and separating East Jerusalem from the rest of occupied Palestinian territory behind a wall of settlements.

They also cement Israeli control over the West Bank by fragmenting it in ways which would render a viable, contiguous and sovereign Palestinian State impossible to achieve in accordance with the two-State solution, the bureau added, referring to the internationally approved Road Map plan that seeks to resolve the Middle East on the basis of two states, Israel and Palestine, living side by side in peace and within secure borders.

The bureau calls on Israel to immediately cease and reverse these unilateral actions, freeze all settlement activity in the West Bank and East Jerusalem, including the so-called “natural growth,” and dismantle outposts erected since 2001, obligations Israel undertook in accordance with the Road Map.

Israel captured East Jerusalem along with the West Bank and Gaza in the Six-Day War in 1967, but annexed the city as its united capital in a move not recognized by the international community. The Palestinians want East Jerusalem as capital of their future State.

“While welcoming the recent expressions of concern by the Quartet and other members of the international community, the bureau calls for credible and decisive action to compel Israel to abide by its legal obligations and to protect Palestinian civilians under prolonged military occupation from the damaging effects of settlements and settlers,” the committee said.

“The Security Council and the High Contracting Parties to the Geneva Conventions bear a special responsibility in this regard.”