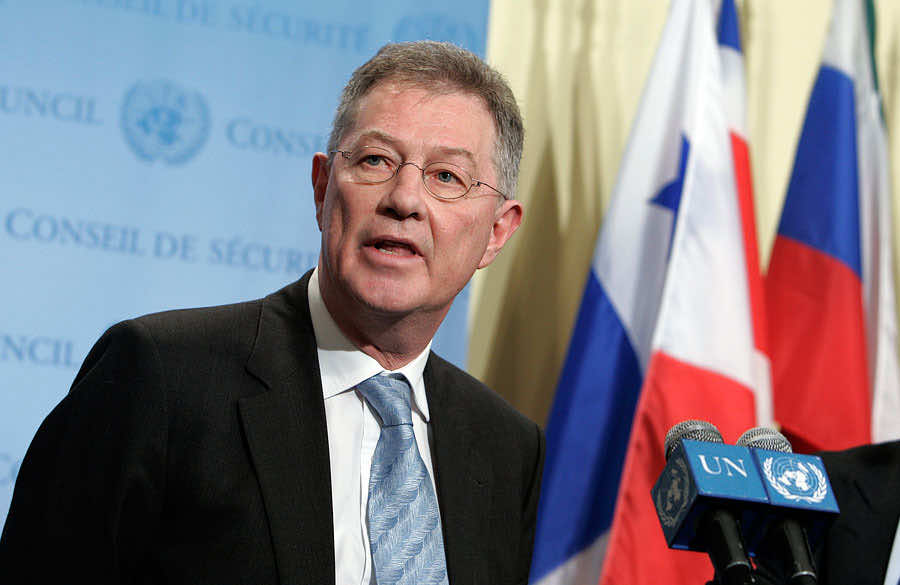 A senior United Nations envoy has voiced deep concern over the death of Egyptian security personnel during the incident that occurred near the country’s border with Israel last week and stressed the need to restore calm.

Robert Serry, the UN Special Coordinator for the Middle East Peace Process, travelled to Cairo yesterday and met the foreign affairs minister Mohamed Amr and General Murad Muwafi, the chief of intelligence, telling them that he remained worried about continuing tensions, in particular the escalation of violence in Gaza and southern Israel.

He said the UN is actively engaged in an endeavour to restore normality and supported Egypt’s important efforts in that regard.

Mr. Serry expressed his deepest condolences to the families of the Egyptians who lost their lives, recalling that the UN had condemned Thursday’s terror attacks in southern Israel.

He also shared with the Egyptian officials the UN’s growing concern over the current impasse in the Middle East peace process. They discussed the importance of a legitimate and balanced framework supported by the international community that can carry forward efforts for a negotiated two-State solution and the creation of a Palestinian State.

Mr. Serry emphasized the UN’s strong opposition to the recent Israeli announcement that more settlements would be built in the occupied Palestinian territory, including in East Jerusalem, in contravention of international law.

The UN envoy also met with Nabil El-Arabi, the Secretary-General of the League of Arab States, according to a statement issued by his office.