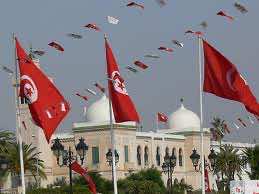 A Libyan soldier gave himself up to Tunisian authorities in Tunis, saying he had been sent by Muammar Gaddafi’s army to bomb an Arab embassy in the capital, Tunisia’s military said on Monday.

“The Libyan officer, Abd Erazzak Al-Rajhi, has revealed this to the Tunisian army,” Mokhtar Nasr, a Tunisian military official, said at a press conference. He said the target had been the embassy of an Arab country, but he did not specify.

Libyan state television has routinely accused Arab states Qatar and the United Arab Emirates of being “traitors” for supporting a rebel offensive seeking to topple Gaddafi.

Tunisia, on Libya’s western border, has drawn thousands of refugees fleeing fighting and its revolution in January was seen as inspiration for uprisings across the Arab world.

Tunisian Prime Minister Beji Caid Sebsi congratulated Libya’s rebel leadership by telephone on Monday for what he said was a “victory of the Libyan people.”