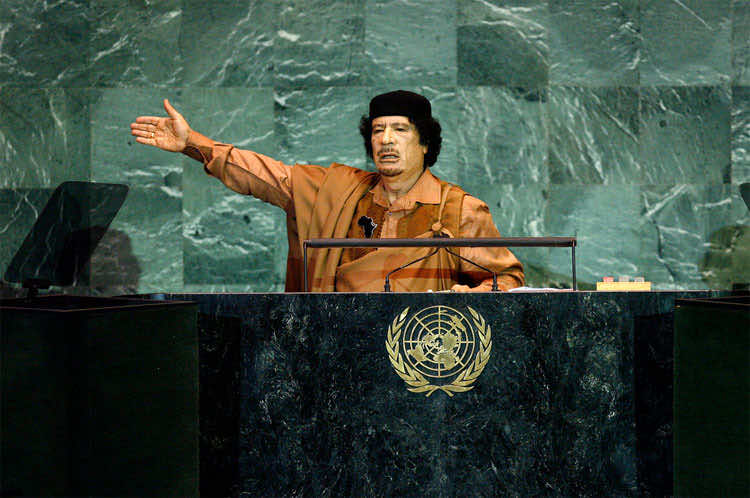 With signs that the conflict that has raged in Libya for more than six months may soon end, Secretary-General Ban Ki-moon today appealed for a smooth and peaceful transition and pledged the assistance of the United Nations for the people of the North African nation.

The regime of Colonel Muammar al-Qadhafi is reported to be on the brink of collapse as rebels who have been seeking his ouster gained control of parts of the capital, Tripoli, and two of the Libyan leader’s sons were arrested.

“The dramatic scenes we are witnessing in Tripoli are a testament to the courage and determination of the Libyan people to seek a free and democratic future,” Mr. Ban told reporters at UN Headquarters in New York. “It is crucial now for the conflict to end with no further loss of life and retribution.”

Mr. Ban welcomed the assurances given by the Chairman of the National Transitional Council (NTC), Mustafa Abdul Jallil, that extreme care would be taken to protect people and public institutions, and to maintain law and order.

“I call on Colonel Qadhafi’s forces to cease violence immediately, and make way for a smooth transition,” the Secretary-General said.

“This is a hopeful moment, but there are also risks ahead. Now is the time for all Libyans to focus on national unity, reconciliation and inclusiveness.”

Mr. Ban said he has been in touch with the representatives of the African Union, the League of Arab States and the European Union, as well as other world leaders. He plans to contact the President and members of the Security Council later today.

It is his intent, he said, to hold an urgent meeting this week among the heads of regional and international organizations.

The Secretary-General added that his Special Envoy for Libya, Abdel Elah Al-Khatib, and his Special Advisor for post-conflict planning, Ian Martin, will travel to Doha, Qatar, to meet with the leadership of the NTC.

“The United Nations stands ready to extend all possible assistance to the Libyan people,” he stated, adding that the world body is ready to assist in areas such as security and the rule of law, social and economic recovery, constitution-making, human rights and transitional justice.

“I am determined to ensure that the United Nations does everything it can to promote an orderly transition that responds to the aspirations of the Libyan people for peace, democracy and opportunity,” said Mr. Ban.

Meanwhile, the UN refugee chief today appealed to all sides of the conflict in Libya to ensure that the thousands of third-country nationals trapped in Tripoli and other areas by the ongoing fighting are properly protected from harm.

“Thousands of third-country nationals in Libya will be feeling great fear and uncertainty at this time,” said High Commissioner for Refugees António Guterres. “It is crucial that humanitarian law prevails through these climactic moments and that foreigners, including refugees and migrant workers, are being fully and properly protected from harm.”

Hundreds of people are confirmed to have been killed since opposition forces rose up against the regime of Mr. Qadhafi in February as part of a wider pro-democracy movement across North Africa and the Middle East.

In addition, hundreds of thousands of migrant workers, as well as people with international protection needs, have fled Libya to neighbouring countries over the course of the crisis.

In June the International Criminal Court (ICC) issued arrest warrants for Mr. Qadhafi, one of his sons, Saif al-Islam Qadhafi, and the head of the Libya’s intelligence forces, Abdullah Al Sanousi, for crimes against humanity allegedly committed during the conflict.

Amid the latest developments in the country, ICC Prosecutor Luis Moreno-Ocampo has been in touch with authorities of the NTC, who explained the efforts being undertaken to stabilize the situation in Tripoli and elsewhere, as well as to establish security and protect the civilian population.

“Further conversations will define the precise way to move forward, including the possibility to apprehend and surrender to the court the three individuals alleged to have committed crimes after 17 of February 2011, and also to investigate and prosecute them in Libya for crimes committed previously,” stated a news release issued by his office in The Hague.