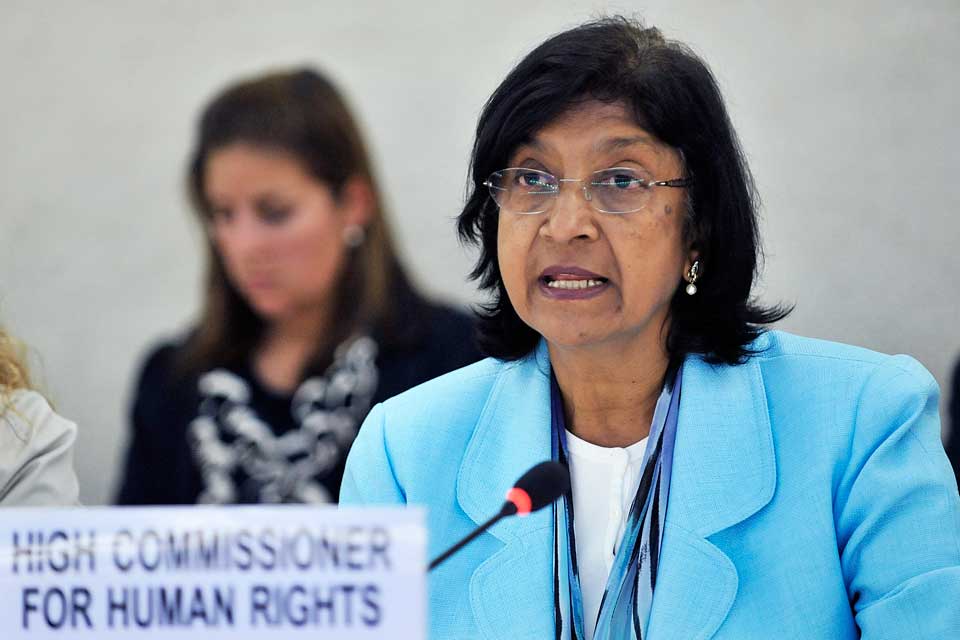 The United Nations Human Rights Council met in special session today to debate the urgent dispatch of a commission to Syria to investigate possible crimes against humanity in the Government’s “brutal” crackdown on largely peaceful protesters seeking its ouster.

“Let me conclude by emphasizing the importance of holding perpetrators of crimes against humanity accountable,” UN High Commissioner for Human Rights Navi Pillay told the Council in Geneva as she presented the findings of an earlier mission by her Office covering the period from 15 March to 15 July, which was refused entry into Syria and based its report of first-hand interviews conducted with victims and witnesses.

Ms. Pillay, who last week urged the Security Council to consider referring the “pattern of widespread or systematic human rights violations by Syrian security and military forces” to the International Criminal Court in The Hague, summarized a litany of Government abuses ranging from murder, enforced disappearances, deprivation of liberty and the torture even of children to an apparent “shoot-to-kill” policy against protesters with snipers posted on rooftops.

“Former detainees cited cases of death in custody, including that of children, as a result of torture,” she said, noting that more than 2200 people have been killed since mass protests began in mid-March, with more than 350 people reportedly killed Syria since the start of the Muslim fasting month of Ramadan three weeks ago.

“I wish to use this opportunity to once again call on the Syrian Government to immediately and fully halt its crackdown on peaceful protests and ensure the immediate and unconditional release of all detained for their participation in peaceful demonstrations,” she declared.

The draft resolution which the Council is debating calls on the Syrian authorities to fully cooperate with a new “independent international commission of inquiry” into alleged violations of international law, including possible crimes against humanity. The commission, to be appointed by the Council, would cover the period from July and report back no later than the end of November.

It would call on the Syrian Government to immediate halt “all human rights violations,” including “the continued indiscriminate attacks” on its people.

“The international community has the duty not to allow these violations to go unpunished and to assess whether some of these violations may constitute crimes against humanity,” the Special Rapporteur on torture and other cruel, inhuman or degrading treatment or punishment, Juan Méndez, told the Council.

“If we are serious about combatting human rights violations, we should not turn a blind eye to these egregious acts. We believe that those bearing the highest responsibility for such violations should be referred to the highest instances to be prosecuted and judged,” he said, speaking on behalf of the heads of various Council bodies.

They said they had been alerted to “some of the worst violations a State can commit against its people.” While promising reforms and enacting new legislation, “the Government has unfortunately continuously stepped up the crackdown against protesters,” they added, deploring the denial of access to the earlier mission to gather first-hand information on the ground.

“We urge the authorities to grant such free and unfettered access. This would also send a strong signal that the Syrian authorities are willing to cooperate with the United Nations.”