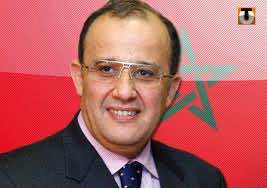 Morocco on Monday confirmed its recognition of the Transitional National Council (TNC) as the sole and legitimate representative of the Libyan people.

In a statement to Moroccan TV channels “Al Oula” and “2M”, aired on their evening news, Foreign Minister, Taib Fassi Fihri, stressed that “the Kingdom of Morocco confirms its recognition of the National Transitional Council as the sole and legitimate representative of the Libyan people and carrier of its aspirations for a better future based on equity, justice, democracy and the rule of law.”

In light of the important changes in Libya after the TNC took control of the majority of regions in Tripoli, Mr. Fihri expressed the wishes of Morocco to see the beginning of a rapid transition of power and responsibility away from vengeance and settling of scores, in order to achieve justice, reveal the truth and determine responsibility, in accordance with international standards.

“Morocco also hopes that concrete actions will be promptly initiated by the TNC, with the support and mobilization of the international community to preserve the unity and territorial integrity of Libya, to ensure reconciliation between the various components of Libyan society, ensure security and stability of the country, and enable its reconstruction, “said Fassi Fihri.

“Morocco also hopes also that the TNC works to meet the legitimate expectations expressed by the Libyan people, including the development of democratic constitutions, the organization of transparent elections and the establishment of strong institutions”, he said.

Mr. Fihri went on to say that “Morocco reiterates its complete solidarity with the brotherly Libyan people in the critical phase it is going through and its readiness to provide all forms of assistance to Libya to become a reconciled, strong and democratic country, able to stimulate the integration of a united and prosperous Maghreb, for the benefit of the people of the region”, he said.

Morocco’s foreign Minister also noted that the difficult situation that Libya has faced in recent months is due to the regime’s decision to use force and intransigence to address legitimate grievances, expressed by the majority of the Libyan people.

“In response to peaceful demonstrations of citizens aspiring be able to speak freely, to be heard and represented, the Libyan government made the choice of indiscriminate repression and disproportionate use of force, causing many civilian deaths, “he said.

Mr’ Fihri is expected to arrive tomorrow in Libya with the view of showing the full support of Morocco to the Libyan people in this critical juncture of its recent history.