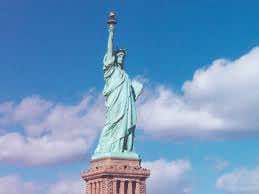 An earthquake with a magnitude of 5,9 struck Washington D.C area, the U.S. Geological Survey reported today. The epicenter of the earthquake is in Virginia, but the it was felt also in New York, Pennsylvania, Philadelphia and on Martha’s Vineyard where President Barack Obama is vacationing.

The U.S. East Coast does not normally feel quakes of this strength. “It’s one of the largest that we’ve had there,” U.S. Geological Survey seismologist Lucy Jones, was quoted by CNN as saying. Aftershocks were a concern, she said. “People should be expecting (them), especially over the next hour or two,” she added.

Many people in New York, told Morocco World News that they felt the earth shaking for a few seconds. Many people went outside of their homes and offices for fear of an aftershock. The earthquake seemed to have taken people by surprise. Many  expressed their amazement. “Am I hallucinating ???? I think I felt an earthquake here”, said one New York resident on facebook. “The building where I am in Bayside, NY just shook badly! Did anyone else felt the sane somewhere else? O Allah”, said another.

“Our building was shaking the way a skyscraper isn’t supposed to shake,”  a lawyer in a high-rise in midtown Manhattan told CNN.

The surprise of the tremor propelled many New Yorkers to call each other or check online and tweet to inquire about what happened. Everybody was describing this frightening experience as one Moroccan resident in New York told Morocco world News “I felt it in New York and it’s something nobody wants to experience.”

Social network giants, Twitter and Facebook, were overwhelmingly congested all over the east coast with comments and tweets of people sharing their feelings, experiences and making sure that loved ones are safe and sound.

The Pentagon and U.S. Capitol Building in Washington were evacuated. Fortunately no casualties have been reported so far.