Morocco World News
Home News Maghreb Morocco will be on the side of brotherly Libyan people in all... 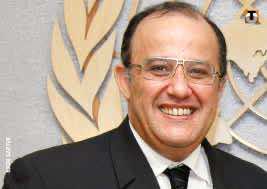 Morocco will be on the side of brotherly Libyan people in all future steps either at the political level or regarding all issues related to rebuilding and urbanization, Moroccan Foreign Minister, Taib Fassi Fihri, said

At a joint press briefing with chairman of the Libyan National Transitional Council (NTC), Moustapha Abdeljalil, at the end of talks on Wednesday in Benghazi, Fassi Fihri reaffirmed Morocco support for the NTC in its efforts to achieve the legitimate aspirations of the brotherly Libyan people to democracy, liberty and progress.

The Minister also praised the role of the NTC in the transition that is taking place in Libya, Moroccan TV channel “Al Oula” reported today.

For his part, Chairman of the NTC commended Morocco’s support for the Libyan revolution since the first week of the formation of the Council.

“Morocco’s key role and support for the Libyan revolution were clear since the first week of the formation of the National Transitional Council,” he said.

“The Kingdom of Morocco played a key role within the framework of the Arab League’s meetings, as it was among the states to urge Arab countries to adopt a common position concerning the establishment of a no-fly zone to protect civilians,” Abdeljalil added.

Fassi Fihri had conveyed to Abdeljalil a verbal message from HM King Mohammed VI. It deals with the significant developments that have been taken place in Libya and the key role played by the NTC in this new phase to meet the aspirations of the brotherly Libyan people to democracy, freedom and progress.