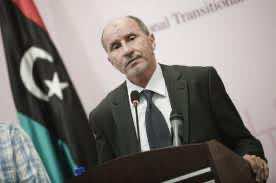 Head of the Libyan National Transitional Council (NTC) Mustafa Abdel Jalil voiced Wednesday his firm will to give Morocco-Libya relations new impetus, for the benefit of the two brotherly peoples.

During a meeting in Benghazi with Morocco’s Foreign Minister Taib Fassi Fihri, the head of the NTC extended his thanks and consideration for Morocco’s “clear and unequivocal positions” as well as “the Kingdom’s effective role in defending the legitimate aspirations of the Libyan people.”

The two officials had held, following the meeting, a press briefing during which they raised issues of bilateral relations, situation in Libya, challenges which face the NTC and prospects of Maghreb cooperation.