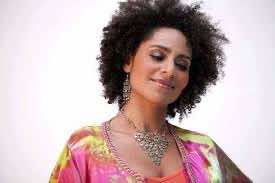 Moroccan singer, Malika Zarra, will take part at the first edition of the Festival “Between the Seas”, which will be held from 29 August to 4 September in New York, the Maghreb Arab Press reported on Wednesday.

Organized by  Les Manouches Theater Company and Aktina Stathaki, which operates under the auspices of Anna Lindh Foundation and Paralleli Mediterranean Institue of the North West, the festival aims at promoting the understanding of Mediterranean identity and culture in North America, according to the organizers.

Malika Zarra will give her concert on 2 September, in the “Project Wild” theater where she will present a selection of the best titles of her two albums “On the Ebony Road” and “Berber Taxi”.

Called by CNN “Morocco’s jazz jewel”, the singer and songwriter specializes in Moroccan “oriental jazz “, a concept that combines the sensuality of jazz with the rich cultural heritage and music of Chaabi, Gnawa and Berber.

In addition to Zarra, an artist acclaimed for her melodies and sensational and incomparable mezzo-soprano voice, several artists from Egypt, Greece, Italy, France and Spain will present their work throughout the festival, which aims to share “the dynamism that exists in the Mediterranean art, some aspects of which are often inaccessible or under-represented in North America”, underscore the organizers.

The various artistic performances scheduled as part of this event include, among others, contemporary dance, music and drama, as well as literary activities with the view of launching a reflection on the cultures of the region, and their common denominators and differences.

By organizing a festival dedicated to the arts of the Mediterranean in one of the major cultural capitals, the goal of the event is to launch an intellectual debate on the Mediterranean, the other coast of the Atlantic, and engage North American artists, academics and the public in a reflection on the culture and identity of this region, said the organizers.

The Festival, “Between the Seas”, which aspires to become an annual event for emerging artists of the Mediterranean and its diaspora will also include press conferences to shed light on the Mediterranean identity, its cultural aspects and characteristics.