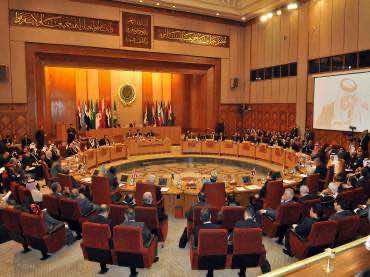 The Arab League gave its full backing to Libya’s rebel National Transitional Council (NTC) as the legitimate representative of the Libyan people on Thursday and said it was time for Libya to return to its permanent seat on the League’s council.

“We agreed that it is time for Libya to take back its legitimate seat and place at the Arab League. The NTC will be the legitimate representative of the Libyan state,” the League’s Secretary General Nabil Elaraby told reporters.

The NTC’s representative at the League, Abdelmoneim el-Houni, said Libya would resume its League membership at a meeting of Arab ministers on Saturday.

The Arab League suspended Libya’s membership in February after Muammar Gaddafi’s forces launched a bloody crackdown to try to stop the uprising spreading in the east of the country.

Houni, a former Libyan envoy to the League, defected from Gaddafi during the early days of the revolt.

It was the first time the League announced its official recognition of the NTC. In a statement on Monday, Elaraby voiced solidarity with the rebel council’s efforts.

Several Arab governments said they were recognising the NTC this week as rebels hemmed Gaddafi loyalists into their remaining strongholds in Tripoli.

Qatar gave its backing to the rebels in March and the United Arab Emirates followed in June. The chairman of the NTC, Mustafa Abdel Jalil, said on Monday it would favour foreign countries that had supported the rebellion.

In March the league backed a no-fly zone over Libya patrolled by mostly western powers which was regarded as a historic move given Arab opposition to the 2003 U.S.-led invasion of Iraq.

Since then, the League has sent only medical and humanitarian aid to Libya.