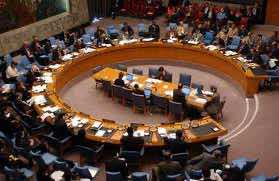 The United States and South Africa have struck a deal to allow the release of $1.5bn in frozen Libyan funds for humanitarian aid and other civilian needs, UN diplomats said.

UN Security Council diplomats said Thursday’s agreement would enable the funds to be released without a vote by the council on a draft resolution that Washington submitted on Wednesday after South Africa rejected a US request to unfreeze the money.

The South African delegation said it did not support funds going directly to the Libyan rebel government, the National Transitional Council (NTC), which the African Union has not officially recognised.

Pretoria insisted that there be no mention to the NTC in the official request for the release of the funds.

A spokeswoman for the South African UN mission, however, said her delegation had told the United States that Pretoria would withdraw its objection to the release of the money “as long as there is no reference whatsoever to … the NTC.”

“Because if it’s NTC, then it means that we are agreeing as the 15 collective council members to say yes to the NTC and we have not all recognised it,” she told reporters

“The council has reached consensus on the package of $1.5 bn,” she said, adding that the United States was “very pleased with the outcome”.

Al Jazeera’s Kristen Saloomey said “South Africa was reluctant to hand over money to the Libyan NTC, but there was a lot of diplomatic pressure coming from the USA and Britain on South Africans to change their position”.

UN Diplomats said the NTC would be involved in deciding how to use the money, even though the request no longer refers to the NTC specifically.

Another diplomat told reporters that the US delegation had agreed to reword its August 8 request to the sanctions committee, enabling the South African delegation to back the release of the funds.

The original request called for $500 million to go to international humanitarian organisations directly, with another $1bn going to “third-party vendors supplying fuel and other urgently needed humanitarian goods” and an “international mechanism” for providing social services.

The US request had said the money, currently frozen by the US government on the basis of UN sanctions adopted earlier this year, was not to be used for military purposes.

Russia and China, which for months have been reluctant to allow the council to do anything that would help the rebels, did not formally object to the idea of releasing the funds to the rebels this week.

The US and its allies have been trying for more than two weeks to get the UN Security Council committee that monitors sanctions against Libya to agree to unfreeze the assets.

Up to $37bn Libyan assets are still frozen in the USA, which according to Susan Rice, the US ambassador to the UN says “discussions are underway to ensure more funds are released”.