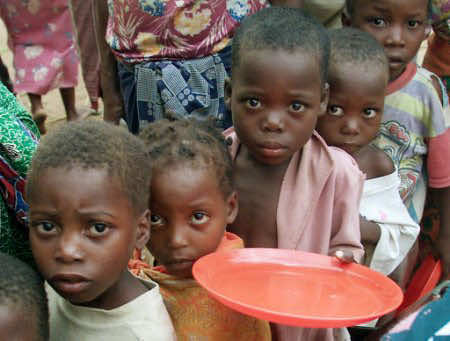 In the Horn of Africa, population growth is not the main cause of famine.

With nearly 12m people at risk of starvation in a region whose population has doubled in the past 24 years, one might assume that these two factors are causally related in the Horn of Africa. Ever since the British philosopher Thomas Malthus wrote “An Essay on the Principle of Population” in 1798, we have been concerned that human population growth will outstrip the available food supply. While the current crisis in Somalia, Ethiopia and Kenya would appear to be perfect proof of the Malthusian scenario, we must be careful not to make overly simplistic assumptions.

For starters, the semi-arid zones in the Horn of Africa are relatively lightly populated compared with other regions of the world. For example, the population density of Somalia is about 13 persons per square km, whereas that of the US state of Oklahoma is 21.1. The western part of Oklahoma is also semi-arid, is suffering from a serious drought this year, and was the poster child for the 1930s Dust Bowl. Furthermore, if we take into account differing levels of consumption, with the average American consuming about 28 times as much as the average Somali in a normal year, then Oklahoma’s population density of 21.1 persons per square km equates to that of 591 Somalis.

Despite the fact that Oklahoma’s per capita impact on the landscape is more than 45 times that of Somalia (when accounting for population density and consumption levels), we don’t talk about overpopulation in Oklahoma. This is because, in spite of the drought and the collapse of agriculture, there is no famine in Oklahoma. In contrast, the presence of famine in the Horn of Africa leads many to assume that too many people is a key part of the problem.

Why is it that we often isolate population growth as the key environmental problem in the poorest regions of the world?  For starters, perhaps we assume that reducing the number of mouths to feed is one of the easiest ways to prevent hunger and famine. Having fewer or no children may be easy for a middle-class person in the United States, where raising children is expensive and most of us expect no economic return from our kids as they grow older. In fact, one could argue that having children in the American context is economically irrational.

The situation is quite different in the Horn of Africa. It’s true that many families desire access to modern contraceptives, and filling this unmet need is important. However, for many others, children are crucial sources of farm labour or important wage earners who help sustain the family. Children also act as the old-age social security system for their parents. For these families, having fewer children is not an easy decision.

Families in this region will have fewer children when it makes economic sense to do so. As we have seen over time and throughout the world, the average family size shrinks when economies develop and expectations for offspring change.

Third, we must not forget that much of the region’s agricultural production is not consumed locally. From the colonial era moving forward, farmers and herders have been encouraged to become more commercially oriented, producing crops and livestock for the market rather than for home consumption. This might have been a reasonable strategy if the prices for exports from the Horn of Africa were high (which they rarely have been) and the cost of food imports low.

Vulnerable to the market

While the global food prices were reasonable throughout the 1980s and 1990s, they have been climbing steadily since 2000. Global food prices reached a historic high in February of this year, surpassing the spikes of 2007-2008 (which were then the highest in 20 years). While the current prices are in part related to bad weather, other significant factors are high energy prices, increasing use of grain for biofuels, and export restrictions. Food prices inSomaliaare now often three times as high as the normal, making these goods inaccessible to much of the population.

Finally, large land leases (or “land grabs”) to foreign governments and corporations in Ethiopia (and to a lesser extent in Kenya and Somalia) have further exacerbated this problem. These farms, designed solely for export production, effectively subsidise the food security of other regions of the world (most notably the Middle East and Asia) at the expense of populations in the Horn of Africa.

While making modern contraception available to those families who desire it in the Horn of Africa is a laudable goal, we must be careful not to assume that this is an easy fix to a hunger problem framed as driven by overpopulation. If overpopulation is defined as too many people for a landscape to support, then Oklahoma is clearly more overpopulated than Somalia.

Yet Oklahoma is not perceived as overpopulated because, in spite of a horrendous drought, it is not facing famine. Famine in Oklahoma is inconceivable because it receives a fair price for its exports, it has not leased its land to foreign countries, the poorest of the poor receive a helping hand from the government, and farmers and ranchers receive federal assistance in times of droughts. It is a lack of these factors in Horn of Africa, plus political insecurity in Somalia, which explain the famine – not overpopulation.