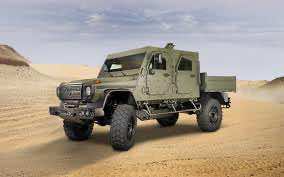 It was impossible to verify the report and it was not immediately clear who might have been in any convoy, but MENA quoted the source as speculating that senior Libyan officials or Muammar Gaddafi himself and his sons may have fled the country.

“It is believed that these vehicles were carrying senior Libyan officials, and possibly Gaddafi and his sons,” MENA quoted the source as saying.

The agency quoted the source from the rebel Military Council in the city of Ghadamis, on the Algerian border, as saying that the convoy of armoured cars crossed the frontier on Friday morning protected by the commander of a desert nomadic military unit that had apparently operated under Gaddafi.

The source was quoted as saying the rebels were unable to chase and stop the convoy.

Libyan rebels said on Friday they were close to capturing Gaddafi, who has disappeared after his Bab al-Aziziya bastion fell to the rebels on Tuesday.

Algeria’s Foreign Ministry denied on Friday that it was linking any recognition of Libya’s rebel National Transitional Council (NTC) to a commitment from the council to crack down on Islamist militants.

A government source in Algeria had told Reuters on Thursday that it would not yet grant recognition to the NTC, and that it wanted to be certain that Libya’s rulers were engaged in fighting al Qaeda’s north African wing.