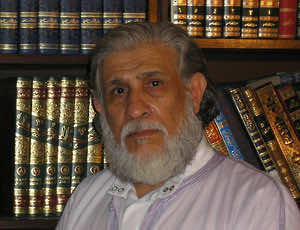 In a letter sent to the Minister of Interior, Taïeb Charkaoui,  Human Rights Watch called into the attention of Moroccan government the case of Abdelkrim Mouti’ who remains one of the few political exiles from the era of “years of lead” still being denied the right to return to Morocco. His family members are also deprived of the right to return to their homeland for the mere reason of their kinship with him.

Human Rights Watch noted that “since Morocco embarked on a period of human rights reform in the mid-1990s, the vast majority of political exiles have been able to return home without fear of persecution”.

Mr. Mouti’ who is 77 years old and lives in Libya, since his departure from Morocco in November 1975,  have been continuously denied a new passport despite the numerous request by his family, the last of which was in 2001, to remove the ban on him, reported the organization in this letter.

A Moroccan diplomat at the Moroccan Embassy in Tripoli told his family that the only way for Mr. Mouti’ to return home is an explicit amnesty from the King. Usually, on the occasion of every religious or national holidays, King Mohamed VI pardon scores of prisoners over the remaining of their prison terms. On the occasion of Morocco’s Youth Day, celebrated last Sunday, he granted his amnesty to 283 prisoners.

Sarah Leah Whitson the executive director for Middle East and North Africa Division of Human rights Watch said “Mr. Mouti’ and, possibly, his wife and children, are being arbitrarily denied their right to enter their own country, a practice that seems incompatible with the notable efforts Morocco is making to consolidate the rule of law and the protection of human rights.”

Mr. Mouti’ who is the head of the Shabiba Islamiyya organization, was convicted in 1980 by a Moroccan court in connection with the assassination of the Socialist Union of Popular Forces leader Omar Benjelloun in December 1975. He was sentenced, in absentia, to life in prison. In subsequent trials, he was also sentenced to death penalties, in absentia, in 1982 and 1985 on charges of endangering national security. Mr. Mouti’ claims that he was abroad at the time of the killing and has always emphasized his innocence.