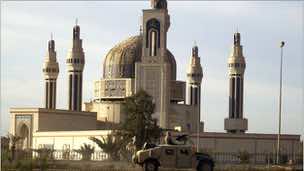 The toll from a suicide bombing at one of the main Sunni mosques in Iraq’s capital rose to at least 24 killed and over 30 wounded, a hospital official said on Sunday.

“We have received 24 bodies and more than 30 wounded. Ambulances and police vehicles are still bringing casualties,” an official at Baghdad’s Yarmouk Hospital said.