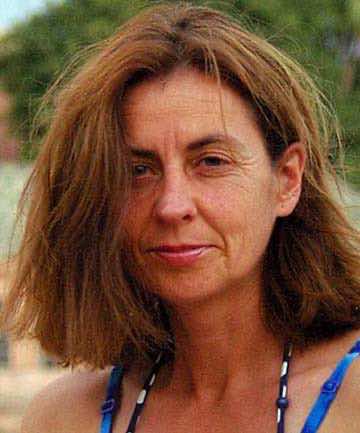 The owner of the Moroccan holiday apartment where the wife of Christchurch-based engineer Roger Lamb plunged to her death says the only way out of the window was if she climbed or was pushed.

According to British reports a ”furious argument” was heard before Mathilde Lamb, 43, from England, was found on the ground.

She and Lamb, 47, who moved to Christchurch about a year ago, were holidaying with their four sons in Essaouira when they died in two separate falls several days apart.

Moroccan police said Mathilde “stumbled and lost her footing” in the early hours of August 17 from a third-floor apartment where they were staying.

But flat owner, Majid Naimi, told the Daily Mail “there was no way it was just an accident”.

“The only way out of the window is if someone climbs out or is pushed,” he said.

The Daily Mail was shown around the apartment yesterday and examined the window from where Mathilde fell.

The bottom of the window would have been at waist level when she stood on the floor and a high wooden balustrade would have prevented her from falling, the newspaper reported.

Its findings emerged as police in Morocco were accused of trying to cover up the circumstances surrounding the deaths.

Despite a criminal inquiry, the flat where the family stayed was still being rented out.

Mathilde had booked the apartment for three days. Naimi said she appeared “very relaxed and happy”.

“On the second night of their stay I got a phone call in the middle of the night saying there had been a terrible incident, with Mrs Lamb falling head first on to the street below.

“There had been a furious argument heard by neighbours a few minutes beforehand,” he said.

Jamal Dabi, a 23-year-old from Essaouira, was walking near the couple’s flat the night of Mathilde’s death when he heard “terrible screams”.

He told the Daily Mail: “The English woman had been involved in an argument and dropped out of the room where she had been with her husband.

“She dropped on to a ledge above a shop and rolled on to the ground. She had no clothes on except underwear.

“A few minutes later the husband appeared to check her pulse on her neck. He quickly made his way back up to the flat.”

Naimi said the next day he spoke to a relaxed and calm Lamb, while the boys were in agony, crying and clearly distressed.