Fez - Every human being has his own conception of education depending on the one he or she received, and depending also on his or her own qualities and aspirations. 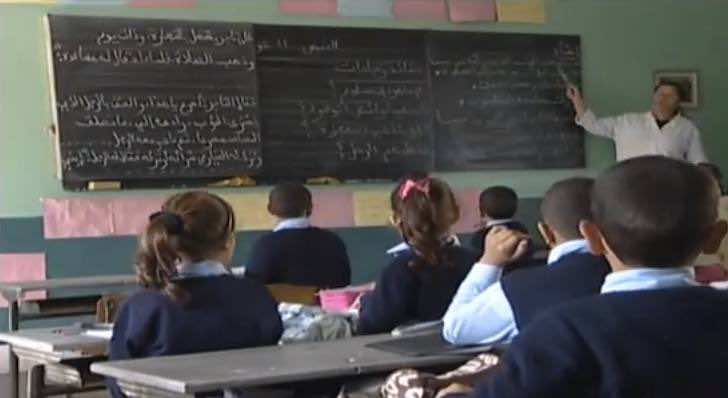 Fez – Every human being has his own conception of education depending on the one he or she received, and depending also on his or her own qualities and aspirations.

Yet, when young people fail to display “ethical” or “moral” conduct, schools are certainly blamed. Many people, nonetheless, tend to dismiss that education is a by-product of the school on the one hand, and society and culture on the other.

Morocco is no exception. The Moroccan educational system is one which is much debated upon. Some criticize the curriculum, others blame the methods used. Parents advocate deep reforms, but their opinions vary about what is to be expected from school education. According to parents, education is the great equalizer that should provide all children with the same opportunities. Students, in the same sense, consider education as a means to get on in life and to have better salaries. I share the parents and the students’ perception, but I view education from a wider scope: cultural, societal, and parental. Therefore, the formal education the young have in schools remains incomplete if a link of the educational agents is missing.

Character education is as old as Socrates. With the turn of the twentieth century, character education made its transitional leap from a practice to a science. It was the United States of America that buckled on implementing the early character education programs in schools. Since then, scientists have been defining character education according to the goals of the programs launched. In the case of Morocco, a country with promising human development projects, the best definition to character education is the one that perceives the character doing the right thing despite outside pressure to the contrary (Barlow, Jordan and Hendrix: 2003,P.564). Character education is the set of formal (school), and informal (culture, society, parents) acquisition of ethics, values and morals that would strengthen the individual’s standing on one’s ground in order to make the ‘morally’ right decision even when it is difficult.

So far, the formal acquisition of character education does not exist in the educational system except for some sporadic traces in educational syllabi of private schools. The major shortcoming of these syllabi, however, is that they are imported from France, Morocco’s ex-military colonizer and present neo-colonizer. As a matter of fact, there is an urgent need for customized character education programs in Moroccan schools and cities. The major goal of the programs would be to counter the Tsunami of this global culture negating Moroccan identity traits and distorting the socio-moral values. I believe that schools should design their own character education programs and educators should take part in that process. They are the tools of implementation and success. Many effective character education programs either recommend staff development or offer it as an option. If staff don know how to implement it, they will likely implement it ineffectively.

When it comes to the type of character education that would have short as well as long term effects, I am a proponent of mixing “simple moral education” and “simple character education”. Simple moral education is also referred to as moral development. It increases the students’ sensitivity to issues and kindles their problem-solving competency. The teacher guides the discussion of a problem that students should first identify then provide options to solve it. However, each student should defend his choice.

Let’s take the example of road accidents in Morocco.  The issue still prevails though “responsible authorities” bloat their alleged “triumph” with a kit of logistical measures ranging from rebuilding old roads or widening them to adopting stricter penalizing laws. Undoubtedly, I do not deny the fact that these measures could save lives. Yet, the human factor in this war-like issue is forcibly the weakest link. Driving requires ethical and moral competency of judgment as much as it requires the technical mastery of maintaining control of the driving wheel, pedals….etc.  Teachers should illustrate the difference between the ethical driver and the “egocentric” driver. An ethical driver is whoever obeys posted speed limits even in the absence of a highway patrol officer. That individual drives within posted speed limits and he or she respects the lives and property of others. The egocentric driver, on the other hand, sees things solely in terms of getting from one point to another as quickly as possible and ignores the fact that to do so impacts on the safety of others negatively. He or she obeys speed limits only when a highway patrol officer is present in order to avoid a speeding ticket (Martinson, D 2003, 16). Is it logical then to have a police officer watch over every driver? And if this is the case of citizens behavior in other forms of “ethics of everyday”, then society will inevitably be composed of individuals operating at a pre-conventional level of moral reasoning where one does “the right” because of fear of being punished if one does wrong (Jaska and Pritchard 1994, 95).

The simple moral education has already been applied in many American schools and managed to instill a kind of moral judgment in students. Yet, mixing it with the simple character education type will give a moral muscle to the student character. Simple character education is compared to an indoctrination of values and morals. It explicitly uses habits, rituals, strict disciplines…etc to instill character traits. Thomas Lickona (1998, P.78), a prominent theoretician of the simple character education movement, said “bottom line is behavior…… Virtues are not mere thoughts but have to develop by performing virtuous actions. Acting on this principle, character educators seek to help students to perform kind, courteous, and self- disciplined acts repeatedly – until it becomes relatively easy for them to do so and relatively unnatural for them to do the opposite”.  For example in Morocco, why don’t we have a certain amount of required public service, a sort of volunteering to serve society, as a requirement before students graduate?

Finally, “We reap what we sow.  When we have children, we sow more than biological seeds. We also plant the seeds of moral development…. The best way to teach values is for (adults to) exhibit them… who can blame children for refusing to imitate us if we pretend to virtue when we have it not?” (Weiner 1995, 19A).