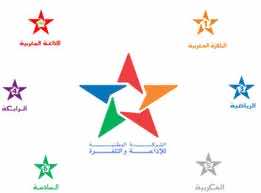 In the midst of reforms being experienced by Morocco since the adoption of its new constitution last July, Morocco seems to be on the verge of embarking on a new era. Moroccans from all walks of life are hopeful to see their country proceed down a path of development where all components of society will be afforded equal opportunities and benefit from a better and fairer distribution of wealth, while breaking with the unsavory practices that marked Moroccan political life in recent years.

Moroccans also believe that the success of the reforms and the implementation of the provisions of the new constitution are contingent on the extent to which concepts, such as accountability and transparency will be enforced in all aspects of Morocco’s day-to-day life.

Yet, while they consider the constitutional reforms as a step in the right direction, many Moroccans question whether the country’s current political elite, as well as its media are ready to embark in the new era and help Morocco build a brighter future for coming generations. In his speech delivered on August 20th, on the occasion of the King and People’s Revolution, King Mohamed VI stressed the need that Morocco’s stakeholders, least of which the political parties and the media shoulder their historic responsibilities and “make the nation’s best interests prevail over all other considerations”. It remains to be seen if Morocco’s political elite and media are ready to move Morocco forward towards a brighter future.

In fact, most Moroccans stress that the two areas should undergo big changes if Morocco is to set in motion a genuine democratic process that can turn it into a role model in the Arab world and pave the way for economic development, as well as for a blossoming civil society.

To begin with, most Moroccans have lost faith in the majority of the country’s political leaders, many of whom have been involved in Moroccan politics for over four decades. The latter have come to symbolize abuse of power and cronyism in the country and are viewed by most young people as using politics to enrich themselves and their relatives, while failing to discharge their duties, which should be to strive towards providing all Moroccans with equal opportunities and ensuring a better distribution of wealth.

Many in Morocco think that these political leaders are out of touch with the realities of the overwhelming majority of the population, are not fit for the democratic system that the country is moving towards and that they should depart from their current roles to allow a new generation build a brighter future for Moroccans. The further think that these political leaders have to rise up to the reforms being launched by King Mohamed VI and the challenges that the country is facing.

Besides these political figures, what draws the most virulent criticism from Moroccans is the poor quality of their media, especially Moroccan state-owned TV channels. This is what frustrates and disgruntles Moroccans the most. Many express their total dissatisfaction with the programs offered by, both, Morocco’s main TV stations, 2M and Al Oula. In fact when looking over the programs they have been offering over the past 10 years, one cannot help but to express one’s frustration, if not anger, at the people in charge of programming at the two Moroccan TV channels.

While reviewing these programs, one wonders if they are targeting a Moroccan audience with specific sets of values, concerns and expectations, or if they are targeting an audience from another planet. One cannot help but to ask these questions: is Morocco’s media out of touch with its audience? Are they taking Moroccan people seriously? Have they ever bothered to conduct an opinion poll among Moroccans, including those living aboard to seek their views on their programs or to learn about their expectations and preferences? Have they ever asked themselves why the Moroccan public is shunning their programs and turning to other media outlets perceived as being more professional and offering programming that better meets their tastes and expectations?

I must say that besides the poor quality of the programs being offered to Moroccans households, Morocco’s TV stations seem to be moving at their own slow pace.

While realizing that the country’s two main TV stations have never been a shining star among the world’s media offering, I must admit that their programming back in the 1980s and 1990s was much better than now. While living in Morocco back in the 1990s, at least the programs aired were, to some extent, in line with people’s expectations and were of decent quality. Regarding soap operas, most of them were Egyptian, of good quality and were somehow compatible with Moroccans’ sets of values and principles. One could also see from time to time interesting cultural or religious programs whose aim was to educate people and instill in them civic values. Sports lovers were not left behind, as they could watch soccer games many times a week, be it the Spanish, German or Italian soccer. The same could be said about its sitcoms, most of which were of good quality.

The picture now is so grim and the quality of the programs leaves much to be desired. Like many Moroccans who love their country, I am appalled to see the outrageous quantity of TV shows coming from other countries that do not share the same cultural or religious values with us, especially from Mexico and other Latin American countries. While back in the 1990’s Mexican TV shows on Moroccan public TV were an exception, nowadays they are the rule. Whether on 2M or Al Oula, they offer Mexican TV shows all day long as if the audience were Mexican rather than Moroccan.

What makes things worse is the quality of the translation used now by people in charge of these TV shows. Whereas in the past these shows were translated into standard Arabic, nowadays they are translated into the lowest and most vulgar version of Moroccan dialect. I must say that I am not against offering people TV shows from these countries and educating Moroccans about other cultures and histories. What I am against is to continuously bombard a Moroccan audience with these programs.

While Morocco’s first TV Al Oula station is state-owned and 2M is semi-public, they seem not to care about educating people or instilling patriotic values into them. They never run TV shows or movies that address the glorious history of Morocco. I can barely recall having watched any TV shows that teach Moroccans the sacrifices made by their ancestors to drive the Spanish and French occupiers out of Morocco, and still less television programming that depicts the role played by Morocco in spreading Islam to sub-Saharan Africa. The ultimate goal of our Public TV stations seems not to educate Moroccans about their history, but only to make as much profit as possible by bombarding people with commercials throughout the day, especially during prime time.

If the two TV stations were private, I would not argue against their motivations to maximize profits through commercials. But the fact remains that every Moroccan household pays each month a 20-Dirham-charge to the two stations. Therefore, as people finance them every month, they must not only take their concerns, expectations and tastes into account in providing programming, but also offer programs that educate people, as well as organize debates that address their daily economic and social concerns.  In France, for example, where people are charged 150 Euros per year to finance public television, the co-called Redevance Tele, French TV channels France2, France3 and France5 never run commercials during prime time or in between TV shows. Plus they regularly broadcast documentaries and cultural programs geared towards educating people, raising awareness about their concerns and meeting their expectations.

It is time that Morocco’s TV executives started rethinking their programming and taking into account the preferences, concerns and demands of the broad Moroccans audience. As Morocco is about to embark on new era, Moroccan TV should live up to the ever-changing reality of Morocco and start airing more creative, cultural and educative programs, which have to be in line with what Moroccans righteously expect from their public TV stations. This is the only way Moroccans would start regaining faith in their public media and stop relying on foreign media outlets.